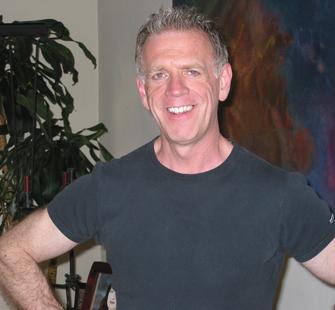 Jean-Louis Rodrigue began his actor training in 1967 with Herbert Berghof at the HB Studio in New York. In 1969 William Ball  awarded Rodrigue a full scholarship to study in the Advanced Training  Program at the American Conservatory Theater in San Francisco.  During his training and performing at ACT, Rodrigue discovered the Alexander Technique.  He spent three more years training as an Alexander teacher with Frank Ottiwell at the American Center for the Alexander Technique.

Rodrigue has taught acting and the Alexander Technique for the past thirty years.  His unique approach to movement education and to improving the levels of performance has brought international recognition.  In the music world, he is part of the faculty at the Verbier Festival and Academy, a music and theater festival in the Swiss Alps and the UCLA Department of Music.  He founded the Alexander program for the Los Angeles Philharmonic Institute and taught the young musicians and conductors for six years.

In theater he has most recently worked with Gulu Monteiro on “THE BACCHAE” at the Getty Villa, the circus artists of Cirque du Soleil’s “KA” at the MGM Grand in Las Vegas and he has collaborated with director Joanna Settle and Heather Raffo in her acclaimed play “NINE PARTS OF DESIRE” at the Geffen Playhouse.  He has collaborated with Larry Moss on Daisy White’s SUGAR, Pamela Gien’s Obie award winning play “THE SYRINGA TREE” at Playhouse 91 in N.Y. and the current national tour and with actor Bo Eason in “RUNT OF THE LITTER” at the 37 Arts Theater opening in December 2007 in New York.  He has coached actors working at the Royal Shakespeare Company, Mark Taper Forum, the Geffen Playhouse, the Pasadena Playhouse, and on Broadway, as well as the artists of the Cirque du Soleil on improving their performance and preventing injuries.  He teaches regularly for Larry Moss, the UCLA Department of Theater and the Howard Fine Acting Studio in Hollywood.

N.Y. Times : DANCE; Teaching Actors to Move With the Gracefulness of Dancers