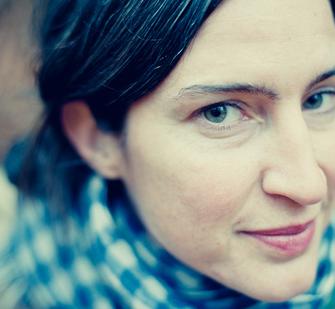 Artist and
poet Jen Bervin’s multidisciplinary work
results from research and collaboration with artists and specialists ranging
from material scientists to literary scholars, and activates the intersections
of art and scholarship, text and textiles, science, technology, and craft
in works that range from poems written nanoscale to large-scale
museum installations. Bervin’s
work has been exhibited internationally; it is the subject of
solo exhibitions at the Des Moines Art Center, University
Museum and Art Gallery at Hong Kong University, and Granoff Center for the Arts
at Brown University and has been featured in exhibitions at The
Power Plant in Toronto, Artisterium, Tbilisi; The Power Plant, Toronto;
the Ian Potter Museum of Art, Melbourne;  MASS MoCA, Tufts
University Art Galleries, Museum of Contemporary Art Denver; The Morgan
Library and Museum, The J. Paul Getty Museum, and the Walker Art Center.

Bervin is also the author of
eleven books, including six artist book editions with Granary Books, and Silk Poems—a
long-form poem presented both as a biosensor made from liquefied
silk developed in collaboration with Tufts University’s Silk Lab and as a
book—a finalist for the Lambda Literary Award, and a New Museum Book
of the Year. Her publication, Gorgeous Nothings: Emily Dickinson’s Envelope
Poems, with Marta Werner and Susan Howe, was a New Yorker Book
of the Year. She is an Artist in Residence with SETI Institute, and has earned numerous awards,
fellowships and grants including those from the Foundation for Contemporary Art (2017),
The Rauschenberg Residency (2016), Asian Cultural Council (2016), Bogliasco
Foundation (2014), Creative Capital (2013), The Josef and Anni Albers
Foundation (2012), New York Foundation for the Arts (2007), Camargo Foundation
(2006), and MacDowell Colony (2006).