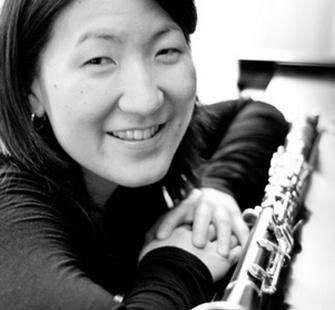 JENNIFER TAIRA has performed extensively throughout the United States as a clarinetist and collaborative pianist. Recent performances include concerts at Carnegie Hall, the Greenwich Music Festival, National Press Club, State Department and French Embassy in Washington D.C., Ruth Eckard Hall in Tampa, Florida, West Chester University, and Zipper Hall in Los Angeles, California. As a composer, Ms. Taira was selected to create the musical setting for the Buddhist recitation of the Golden Chain of Love, which was performed at the 2005 Honpa Hongwanji Choralfest, comprised of over 100 singers from all the Hawaiian islands conducted by master choral conductor Nola Nahulu. She has been recently been commissioned to compose a new gatha for the Honpa Hongwanji Mission of Hawaii. She has also arranged pop music for acapella groups, and is currently songwriter and producer on Laurie Rubin’s album, “The Girl I Am”, to be released in the Fall of 2012.

Ms. Taira is co- founder of Musique à la Mode Chamber Music Ensemble and the Music at the Bowery Series in Manhattans East Village. Some of her career highlights include receiving top prizes in the Hennings-Fischer Foundation Young Artist Competition and Kingsville International Competition, as well as a solo performance with the Burbank Philharmonic. She has performed with the Moscow Chamber Orchestra, the Cleveland Orchestra, New Britain Symphony, and the Royal Hawaiian Band. She has been the recipient of many awards and scholarships, including a full fellowship to study at the Kent/Blossom Music Festival. An advocate for arts education, Jennifer is one of the founders of Ohana Arts, an exciting new performing arts festival and school in Honolulu, Hawaii where she serves as Executive & Artistic Director. She is music director for the Ohana Arts Summer Musical Theater Workshop for youth ages 8-18, and conductor of the culminating productions pit orchestra.

Jennifer is a graduate of Northwestern University, where she received a Bachelor of Music degree and studied with Russell Dagon. She received a Master of Music degree from the Yale School of Music, where she studied with David Shifrin and Lawrence McDonald, and was a recipient of the Keith Wilson Scholarship. She also studied music education at Columbia University’s Teachers College