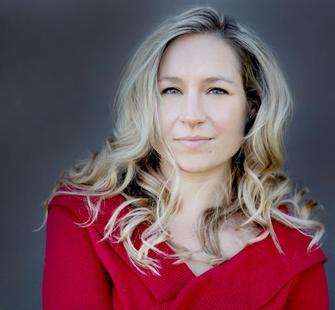 Jocelyn Hagen composes music that has been
described as “simply magical” (Fanfare Magazine) and “dramatic
and deeply moving” (Star Tribune, Minneapolis/St. Paul). Her first forays
into composition were via songwriting, and this is very evident in her work.
The majority of her compositional output is for the voice: solo, chamber and
choral.

In 2015, Test Pilot, her dance opera collaboration with
choreographer Penelope Freeh, received a Sage Award for “Outstanding
Design,” and the panel declared the work “a tour de force of
originality.” She has been commissioned by Conspirare, the Minnesota
Orchestra, the Houston Chamber Choir, The Singers, the American Choral
Directors Association, the Texas, Minnesota, Connecticut, and Georgia Choral
Directors Associations, Cantus, VocalEssence, the St. Olaf Band and the
Metropolitan Symphony, among others. Her work is independently published
through JH Music, as well as Graphite Publishing, G. Schirmer, Santa Barbara,
and Boosey and Hawkes