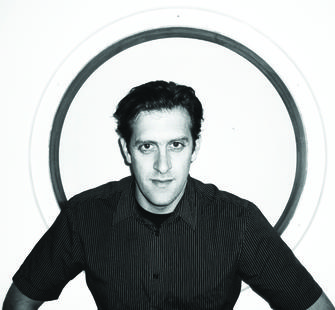 A composer and performer,
Waller was born in Mexico City and raised steeped in a blend of cultures from
his Dutch father and Mexican mother. The settings of his works vary from
symphonic orchestra to chamber music and electronics, and he often works with
multimedia (including film, photography, and live electronics). His compositions
in recent years focus on sonorities akin to electronic sounds created by
acoustic means. The works explore new materials such as ceramics, plastics, and
recyclable materials and involve special playing techniques that bring out
associative timbres. Waller’s music will often superimpose divergent elements,
enabling a contextual musical reality to emerge, reflecting a surrealistic
environment. Some of his compositions include Teguala, a
percussion quartet for 120 ceramic tiles and electronics; Chemicangelo for
organ solo; Calumnia for large orchestra (which won first
prize at NOG Jonge Componisten); Fulminata, Plato Plastic
Dialgoues; and Disborder Control Desborde. His pieces have been
widely performed in Europe, Mexico, Taiwan, Australia and the United States, by
renowned orchestras, ensembles, and performers. Some of his works are published
by Donemus.