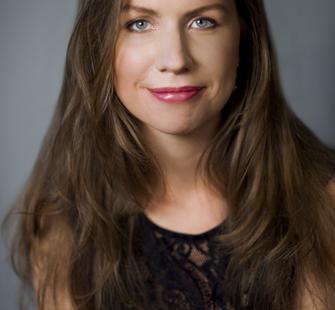 Soper is a composer,
performer, and writer whose work explores the integration of drama and rhetoric
into musical structure; the slippery continuums of expressivity; intelligibility
and sense; and the wonderfully treacherous landscape of the human voice. She
has been hailed by The Boston Globe as “a composer of
trenchant, sometimes discomfiting, power” and praised by The New Yorker for
her “limpid, exacting vocalism, impetuous theatricality, and…mastery of
modernist style.” She has received awards from such organizations as
the Guggenheim Foundation, the American Academy of Arts and Letters, the
Koussevitzky Foundation, and ASCAP, and has been awarded commissions by such
organizations as Carnegie Hall, the American Composers Orchestra, the
Tanglewood Music Center/BUTI, the MIVOS string quartet, and the Ogni Suono
duo. As a new music vocalist, she has performed with groups such as Alarm
Will Sound, Morningside Opera, the SEM Ensemble, Dinosaur Annex, and the
Theatre of a Two-Headed Calf. Upcoming projects include the release ofNadja for
string quartet and soprano, recorded by the Mivos quartet; the full premiere of Ipsa
Dixit, an evening-length cycle of duos and quartets for voice and
instruments; and The Romance of the Rose, an operatic investigation
of allegory and courtly love from the Middle Ages to the present
day. Since 2006, Soper has been a co-director and vocalist for Wet Ink, a
New York-based new music ensemble. She is Assistant Professor of Music at Smith
College. Read more at katesoper.com.