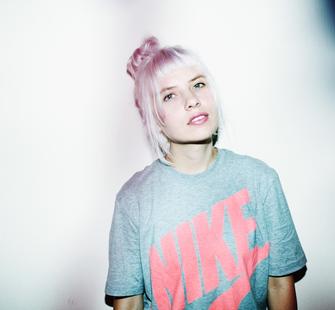 Katya Shilonosova is a Moscow-based producer, guitar player and vocalist. The magnetic frontwoman for the grunge rock band Glintshake, Katya has been profiled by Rolling Stone Russia, MTV and The Calvert Journal, among others. Her solo project, NV, mines the far corners of Japanese new wave, bubble gum, and blissed-out electronica to form master-crafted experimental pop gems. Meticulously producing all of her own artwork, videos and graphics, Katya’s prodigious output is deeply informed by her work as a designer and illustrator. In 2014, Katya was accepted into Red Bull Music Academy program in Tokyo, Japan.