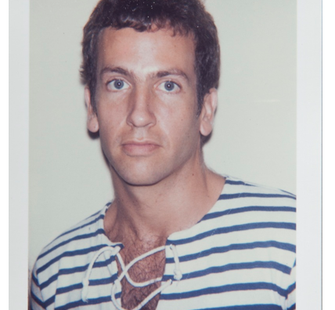 Kenny Scharf seeks to push past the confines of the fine
art world through injecting his art with everyday popular and street culture.
He works in the fields of painting, sculpture, and performance. Born in 1958 in
Hollywood, Scharf received his B.F.A. from the School of Visual Arts in
New York City in 1980. He rose to prominence in the East Village art scene of
the 1980s, a scene that galvanized a new and edgy post-modern movement in
contemporary art. It was a bold and youthful scene that was characterized by
hip-hop style, punk culture, and graffiti. Since this time, Scharf has had
numerous solo shows and participated in countless group exhibitions all over
the world. Many well-known museums include his work in their public
collections, including: the Guggenheim in New York City, the San Francisco
Museum of Modern Art, the Museu de Arte Moderna in Rio de Janeiro Brazil, and
the Sogetsu Museum in Tokyo.

An
edgy and pop art feeling still pervades the work of Kenny Scharf. Hanna Barbera
characters, such as the Flintstones, heavily influenced his early work.
Gradually, his work transitioned to more abstract and organic forms, with a
similar animated style. Since the 1980s, his art has been influenced by Surrealism
and Abstract Expressionism.  His
paintings and installations are playful and bright; they demand your attention
with their vivid colors and abstract shapes. The incorporation of popular culture makes it
feel more relatable and present. There is no pretension, and this helps close
the gap between audience and artist.  He
has been described as a pop surrealist.