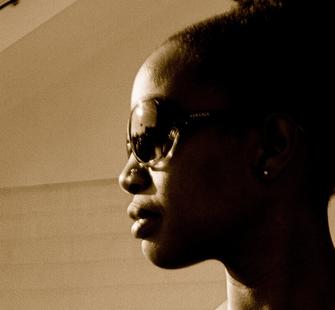 Kianga Ford works primarily with sound and environment. Using design-based installation, sound, performance and site-specific projects to create scored environments, her works explore the dynamics of contemporary social identity, proximity, intimacy and relationship. Her immersive, often story-based, projects ask questions about the relationship between physical and cultural proximity. Since 2003, a major focus of her work has been on developing the series of narrative walking tours “The Story of This Place,” that create historically-informed but fictional stories for mapped routes through cities. In the increasingly considered field of sound art, she has worked collaboratively with a range of international composers, from Toronto to Bergen. Her work has been shown at venues including LACMA; Nuit Blanche (Toronto, Ontario); Art in General; The Studio Museum in Harlem; USF Verftet (Bergen, Norway); Contemporary Art Museum, Houston; The Museum of Contemporary Art, Miami; The Contemporary Museum in Baltimore; and the California Biennial at The Orange County Museum of Art. She has received grants and fellowships from Creative Capital, California Community Foundation, The LEF Foundation, Asian Cultural Council, and the US Department of State. She is currently Director of BFA Fine Arts and Assistant Professor of New Genres in the School of Art, Media, and Technology at Parsons, The New School for Design in New York. She lives and works in Los Angeles and New York.