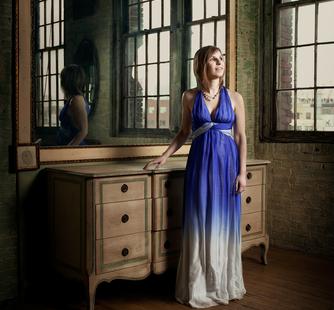 Mezzo-soprano Laurie Rubin received high praise from The New York Times chief classical music critic Anthony Tommasini who wrote she possesses “compelling artistry,” “communicative power,” and that her voice displays “earthy, rich, and poignant qualities.” The Los Angeles Times special critic Josef Woodard wrote Laurie gives a “charismatic, multi-textured performance,” and “Rubin seems to have an especially acute intuition about the power and subtleties of sound and she was a compelling force at the center of the music.”

Recent career highlights include her United Kingdom solo recital debut performance at Wigmore Hall in London as well as her solo recital debut at Weill Recital Hall at Carnegie Hall. She has performed Berlioz’ Les Nuit d’ete with the Burbank Philharmonic Orchestra; Yale Symphony singing the Mozart Mass in C Minor; Oakland/ East Bay Symphony singing Haydn’s Harmonie Mass; a benefit concert of duets with opera star Frederica von Stade; performing Barber’s Knoxville Summer of 1915 with the Oberlin College Orchestra under the baton of John Williams; a benefit performance with Marvin Hamlisch; concerts in both the Terrace Theater and The Millennium Stage at The John F. Kennedy Center and The White House in Washington, DC.

Ms. Rubin has performed a number of roles including the title role in Rossini’s “La Cenerentola,” the lead role of Karen in Gordon Beeferman’s “The Rat Land” at New York City Opera, and Penelope in Monteverdi’s “The Return of Ulysses” at the Greenwich Music Festival. Ms. Rubin has also performed concerts of new music with the Chamber Music Society of Lincoln Center. She has collaborated with and premiered works by composer’s John Harbison, Gabriela Lena Frank, Bruce Adolphe, Keeril Makan, Noam Sivan and Gordon Beeferman.

Ms. Rubin is a co-founder of Musique A La Mode Chamber Music Ensemble which has a concert series in the East Village of Manhattan. She is also one of the founding members of Callisto Ascending Baroque Ensemble which has performed concerts at Lincoln Center.

Ms. Rubin has recorded a CD of art songs by Mozart, Schubert, Schumann, Beethoven, Brahms, Hahn, Bizet, Copland, Rorem, Harbison, and some beloved Yiddish pieces with renowned pianist Graham Johnson and David Wilkinson on the Opera Omnia label. Ms. Rubin is also a featured artist on a CD of works by Keeril Makan on the Starkland label.

Her second CD, “Do You Dream In Color”, on which she wrote the lyrics for the title track was released on the Bridge Records label in February of 2012. Her memoir, also entitled “Do You Dream In Color”, in which she details her life as a blind young artist will be published by Seven Stories Press on October 23rd, 2012. She is currently in the process of recording an album of musical theatre and pop hits, as well as original songs with composer/producer, Jennifer Taira, entitled “The Girl I Am”, also scheduled to be released in the Fall of 2012.

Ms. Rubin currently serves as Associate Artistic Director of Ohana Arts Festival and School in Honolulu, Hawaii, which she co-founded in 2010.