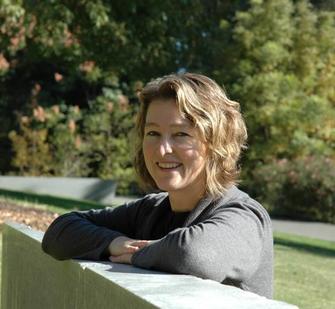 Laurie San Martin is a composer, teacher, and occasional clarinetist and conductor. Her music has been performed throughout the United States, Europe, and Asia. She writes concert music for chamber ensemble and orchestra but has also written incidental music for theater, dance, and video. Recently San Martin collaborated with Korean gayageum virtuoso, Yi Ji-Young. This experience has opened new creative avenues, including an upcoming pansori-based theatrical work for the CrossSound Festival in Alaska and a new work for Korean daegeum virtuoso Jeong-Seung Kim.

San Martin has worked with many accomplished ensembles, such as Speculum Musicae, eighth blackbird, SF Chamber Orchestra, the Lydian Quartet, the San Francisco Contemporary Music Players, Washington Square Contemporary Chamber Players, EARPLAY, and the Left Coast Chamber Ensemble. She has received awards from the League of Composers-ISCM, the International Alliance for Women in Music, the Margaret Blackwell Memorial Prize in Composition, the American Academy of Arts and Letters, and the ASCAP Morton Gould Young Composer’s Awards. As a composition fellow, San Martin has attended the MacDowell Colony, Yaddo, Atlantic Center for the Arts, Norfolk Contemporary Chamber Music Festival and the Composers Conference at Wellesley College.

San Martin holds a PhD in Theory and Composition from Brandeis University. She has taught at Clark University and is currently Associate Professor of music at the University of California, Davis. Her music can be found on the Left Coast Chamber Ensemble’s San Francisco PremieresCD, released in 2005, and on a recent Ravello CD, Tangos for Piano, performed by Amy Briggs.