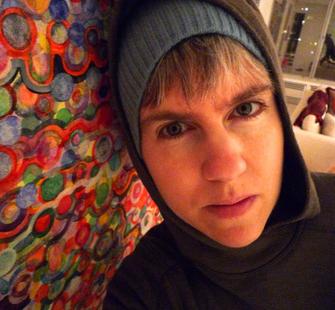 A native New Yorker, Lee Marshall attended the United Nations International School and Brown University where she earned a BA in cultural anthropology in 1990. She lived out west for five years, climbing rocks and teaching for the National Outdoor Leadership School, then studied drawing, painting and sculpture for twelve summers at the International School of Art in Umbria, Italy with Nicolas Carone and Bruce Gagnier. Lee continued her studies with Mr. Gagnier at the New York Studio School and has been painting full time in New York since 1994, participating in numerous shows most recently including the 183rd invitational exhibition of contemporary art at the National Academy of Design where she was awarded the Paton prize for watercolor. Her work is included in private collections in Europe and in the United States. After an extensive period of drawing from the figure and painting from the italian landscape, Lee has focused on an internal motif that began as a paradise garden and now feels more like a jeweled mountain or a mountain in bloom, which oscillates between figure and field. Her life in New York, great works of art, her love for buddhism and her time in the mountains and in Italy continue to inspire her practice.