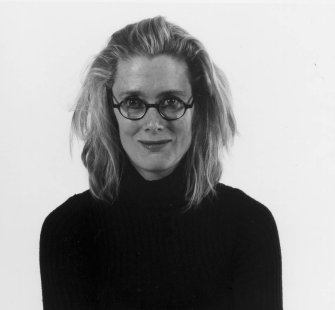 Lesley Dill is recognized for using a variety of media and techniques to explore themes of language, the body, and transformational experience through sculpture, photography and performance. Her work has been widely exhibited and can be found in the collections of the Albright Knox Art Gallery, Buffalo; Cleveland Museum of Art, Kemper Museum, Kansas City; Metropolitan Museum of Art; Museum of Modern Art; and the Whitney Museum of American Art, among many others. In 2002-2003, Dill’s first museum retrospective, Lesley Dill: A Ten Year Survey, organized by the Samuel Dorsky Museum of Art at SUNY New Paltz, traveled to the CU Art Galleries, University of Colorado, Boulder; Chicago Cultural Center, Chicago; Contemporary Museum, Honolulu; Scottsdale Center for Contemporary Art; and the National Museum of Women in the Arts, Washington, DC. Her most recent exhibition at the Neuberger Museum in Purchase, NY featured three new large-scale works, two measuring 20 x 65 feet, some of Dill’s largest works to date. In January 2009, the Hunter Museum in Chattanooga, TN will present a 15-year survey of the artist’s work. The exhibition will travel to the St. Petersburg Museum of Fine Arts, FL, Smith College Museum of Art, Northampton, MA, and the Palmer Museum of Art, Pennsylvania State University.

In addition to her sculpture and works on paper, Dill is also known for her performance work and public projects. In 2000, the Southeastern Center for Contemporary Art, Winston-Salem presented Lesley Dill, Tongues on Fire: Visions and Ecstasy, the artist’s first community-based project which included a performance done in collaboration with the Emmanuel Baptist Church Spiritual Choir. Dill’s most recent performance project, I Heard a Voice, done in collaboration with Tom Morgan and the Ars Nova Singers was presented at the Evergreen Cultural Centre (Vancouver) in 2003 and included the world premier of the performance piece I Dismantle. Currently, she is working on a full-scale opera based on the poems of Emily Dickinson, which will premiere at Montalvo Arts Center, Saratoga, CA in August.

Dill was born in Bronxville, NY, in 1950 and grew up in Maine. After graduating from Trinity College in 1972, she completed an M.A. at Smith College in 1974, and received an M.F.A. in 1980 from the Maryland Institute of Art. Dill has been a recipient of the Joan Mitchell Foundation Grant, a New York Foundation for the Arts, Drawing Award in the Printmaking Category and a National Endowment for the Arts Sculpture Fellowship.