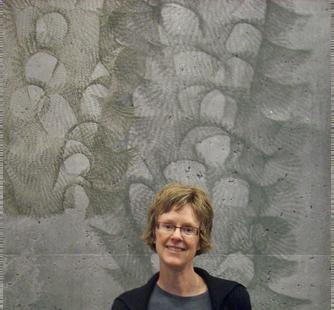 Liz Harvey works in sculpture, installation and performance. Her work has been shown since 1993 in galleries, museums, and alternative spaces. Harvey’s work “actively engages the rich and multifarious history of feminist art practice, while also attesting to a highly personal and singular vision,” according to Los Angeles critic and poet Eve Wood (Artnet.com, March 2003). She was the recipient of the Peninsula Artists Grant in 2007 and the California Arts Council Artists Fellowship in Sculpture in 1997.