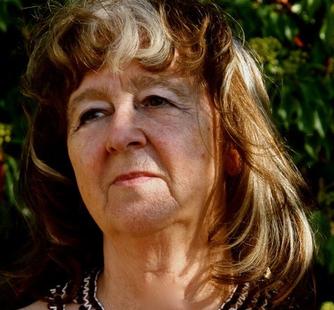 Harrison was one of the
founders of the first Women’s Liberation Art Group in the UK in 1970. Since
then, she has exhibited world-wide and has received many awards, including the
Northern Arts Prize 2013 and the Paul Hamlyn Prize in the same year. Her recent
solo shows have taken place in such cities as Berlin, New York, and
Belfast. She has shown five works in the group show, Unorthodox at the Jewish Museum, New York, as well as
at Museum Sztuki Poland, in the show, All Men become
Sisters. In 2016 she will be showing in group shows at Kunstlerhaus
Bremen and at Tate Britain, where she will participate in a public discussion
on her work. She recently showed work in the new Vallum Ditch Gallery at
Carlisle Institute for the Arts. Her work, The Last Gaze, has
been acquired by Middlesbrough Institute for Modern Art. She was named one of the top 10 Feminist Artists by Artlyst digital
art magazine and interviewed by Anna McNay for Studio International. A publication entitled On Reflection: The Art of Margaret Harrison by Kim
Munson was published by Neurotic Raven, California in 2015. ​