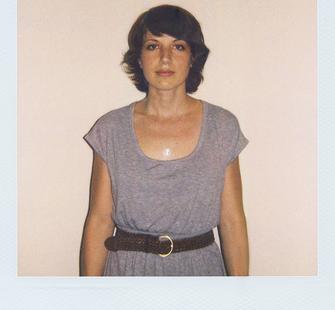 Margeaux
Walter is a photographer and mixed-media artist born and raised in Seattle, Washington.  She currently resides and works in New York,
New York.   Walter studied at the Maine
Photographic Workshops, received her BA from the Tisch School of the Arts at New
York University, New York and an MFA from Hunter College, New York.

Walter’s
works are held in the collections of the Tacoma Art Museum, Tacoma, Washington;
AT&T; Barclay’s Capitol; and Leon and Michaela Constantiner.

In 2009, the Magenta
Foundation chose her as a top emerging photographer in the United States; she
was awarded Juror’s Choice at the Butler Institute of American Art’s National
Midyear Exhibition; and she was commissioned to create a large-scale outdoor
installation for the Art Omi Fields Sculpture Park in Ghent, NY.  In 2013, she was selected to be a part of the
MFA Biennial at the Delaware Center for Contemporary Arts.  In addition to Montalvo Arts Center where she
was in residency in 2012, she was awarded residency at Red Gate Gallery in
Beijing, China in 2011.