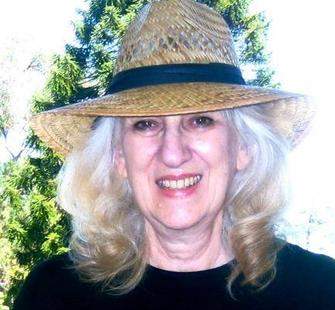 Born in 1939 in Denver, Colorado, Mierle Laderman Ukeles is “madly in love” with the public domain and public culture and as a result nearly all of her work takes place in the public sphere. Since 1977, when she became the official, unsalaried Artist In Residence at the New York City Department of Sanitation – a position she still holds – Ukeles has created art that deals with the endless maintenance and service work that “keeps the city alive,” urban waste flows, recycling, and ecology. Since the late 1980s, much of Ukeles’ work has focused on transforming closed landfills into urban parks, as the “Percent for Art Artist” of Fresh Kills Park in Staten Island, New York, once the largest municipal landfill in the world, at Danehy Park in Cambridge, and the Ayalon Park in Israel.

Ukeles works in a variety of mediums, creating installations, performances, and audio and video works. She has completed six “work ballets,” involving workers, trucks, barges and hundreds of tons of recyclables in places such as New York, Pittsburgh, France, Holland, and Japan. Recent work has been exhibited at P.S. 1/MOMA, New York; the Museum of Contemporary Art, Los Angeles; the Bronx Museum of Arts; the Wadsworth Atheneum, Hartford; the Tel Aviv Museum; the Sharjah Biennial; UAE; and the Contemporary Jewish Museum, San Francisco. Awards presented to the artist include multiple grants from the National Endowment for the Arts, fellowships from the John Simon Guggenheim, the Foundation for Jewish Culture, Andy Warhol, Joan Mitchell, and Anonymous Was a Woman Foundations among others. Her most recent teaching position was in Sculpture at Yale University. She is represented by Ronald Feldman Fine Arts in NYC.