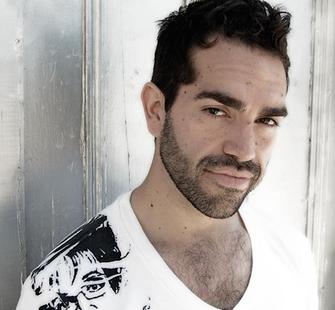 Nathaniel Justiniano is an award-winning actor/creator and teacher, as well as the founder of Naked Empire Bouffon Company. His satirical performances are outrageous comedies derived from today’s tragedies. Since 2007, he has co-created shows that skewered topics like war, ecstatic ritual, the San Francisco queer community, institutional violence, our fear of death, artistic practice, and the American Dream. He also teaches bouffon workshops in the US and Canada for which he was honored with the SF Bay Guardian’s “Best of the Bay” award for “Best Romp with Your Inner Psychopath.” He is on the faculty of the Clown Conservatory of San Francisco and was the director of the 7-week Bouffon Intensive, the most comprehensive bouffon training ever offered in the United States.

Currently, Naked Empire is developing a monthly late-night show featuring the Bay Area’s most subversive physical comedians, as well as a one-person bouffon show celebrating class privilege which will tour internationally in 2016. As a performer for other companies in San Francisco he was seen in We Players’ productions of Ondine at Sutro, Macbeth at Fort Point, and The Odyssey on Angel Island; Cuttingball Theater’s Ubu Roi directed by Yury Urnov; and The Thrillpeddlers’ long-running hit Pearls Over Shanghai. He holds a BFA in Theatre Performance from Chapman University and an MFA in Ensemble-Based Physical Theatre from Dell’Arte International.