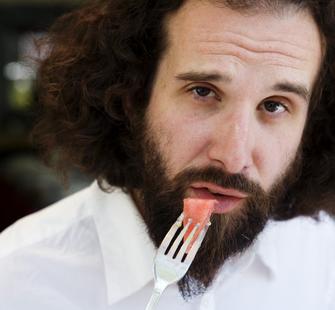 Oliver Hess is interested in the
hidden infrastructures that support our world, the implicit hierarchies,
natural and manufactured, that create the reality that sustains us. His projects
attempt to identify and recast these forces through technology and alternative
sensual modalities.

Hess was born in Mountain View,
California in 1972. He is a designer and an artist. He is the boss of
Aperiodic Industries and leads a constantly changing array of architects and
artists, scientists and hobbyists to pursue his interest in creating an
innovative balance of collaboration, creative insights and technology to
improve the man-made and natural environment.

He has collaborated, consulted
with, or assisted many people who have inspired his own development and
continues to seek projects to further his exploration into new methods of
design and building for his own public art and experimental media practice. For years Hess worked with Materials & Applications, where he now
holds the title of Director Emeritus after being co-director for several years
during which M&A won several awards and critical acclaim.

His
new projects include experimental urbanism, conceptual architecture and many
interactive artworks.