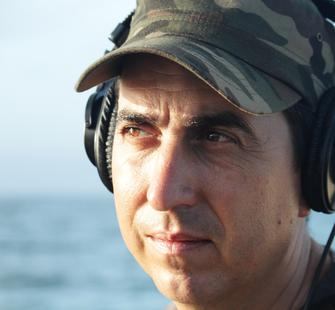 Foglio is founder
of Dignicraft, a hybrid between a media production company, distributor of
cultural goods and contemporary art collective with over 12 years of
professional experience; finding inspiration on the artisanal process of
creation, human dignity and the potential of collaboration to achieve the
common good.

Previously he was
a founding member of the production company Galatea audio/visual based in
Mexico and the United States, meeting the media production, marketing and
branding needs of its customers.  On the
other hand, he has been an artist of the bulbo collective, creating content for
television, radio, press and the Internet, and producing contemporary art
projects in various countries in America and Europe.

Foglio has a
degree in communication from the Universidad Iberoamericana Plantel Noroeste
and is a graduate of the MBA degree from the Autonomous University of Baja
California. He is a certified broadcaster and worked at XHITT Radio Tecnológico
88.7 FM and XHUAN Estereo Frontera 102.5 FM. And has been a teacher at the
School of Humanities and Faculty of Arts from the Autonomous University of Baja
California and the communications degree program from Universidad
Iberoamericana Plantel Noroeste in subjects such as film production, music and
culture, radio production and research methodology.

Currently he is
producing the feature length documentary titled “La Ola Perfecta” (The Perfect
Wave), that was awarded in 2011 the Mexican Insitute of Cinema’s award for Development
of a Feature Project.

2013, “Pasajes”
(Passageways) short film documentary about the role of artists to reactivate
the city of Tijuana, Mexico, after a period of violent crisis. Produced for the
television program Artbound broadcast by KCET-Los Angeles, USA.

2013, Workshop on
how to develop an idea for a documentary film project and use collaboration as
a means for production.  El Cuarto de Luz
gallery in Tijuana and Colegio de Michoacan in Zamora, Mexico.

In addition, Omar
Foglio collaborated in a wide range of media and art projects under the bulbo
art collective and the Galatea audio/visual company.  The following list is a selection of work he took
part in:

2008, “Don’t, a
reactivation of an Allan Kaprow Happening”, a collaborative project with The
Public Art Studies Program at the Roski School of Fine Arts, University of
Southern California, as part of Allan Kaprow – Art as Life, The Geffen
Contemporary at MOCA, Los Angeles, USA.

2005, Production
of the short film documentary “On Translation: Fear/Miedo”, as a collaboration
with the Catalan artist Antoni Muntadas, commissioned as a piece for Insite05
and broadcast on network television through channel 12 Televisa in Tijuana,
Mexico, channel 15 KPBS in San Diego, USA and channel 22 CONACULTA in all of
Mexico.

2000-2006,
Production of short film documentaries for the television show BULBO,
considered one of the 10 best programs in Mexico by Milenio’s newspaper critic
Álvaro Cueva in 2004. Galatea audio/visual produced over 80 documentaries about
daily life in the border region of Tijuana, Mexico and San Diego, USA, broadcast
in all of Mexico and some parts of the USA via Canal 22 CONACULTA, Channel 52
MX of MVS and Univision San Diego.