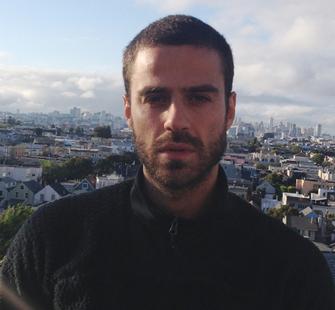 Omar Mismar was born in Beirut, Lebanon.  He received a BFA in Graphic Design from the American
University of Beirut, and went on to teach in its department of Architecture
and Design in 2011-2012.

Having received a Fulbright scholarship for the years
2012-2015, Mismar relocated to San Francisco, California where he completed an
MFA in Fine Arts-Social Practice and an MA in Visual and Critical Studies at
California College of the Arts.

As a practicing professional, he has worked at Mind the Gap,
a design studio in Beirut, Lebanon with a varied portfolio in designing
publications, campaigns, cultural projects, and exhibitions. He is a participating
artist, designer, and co-editor for the book Queer Geographies: Beirut Tijuana Copenhagen.

One of his current preoccupations is poetics as an
occupation.