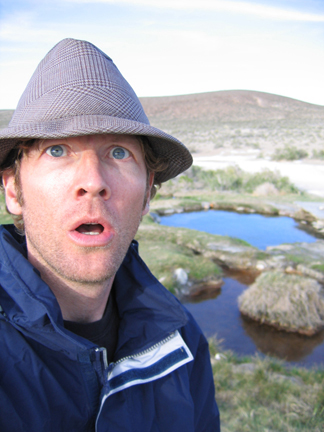 Packard Jennings is a visual artist who uses appropriation, humor and interventionist tactics to address political and corporate transgressions against public interests. Working across a wide range of media he portrays fictions of dissent, absurdist morality, and alternate future worlds through subverted advertising tactics and other forms of propaganda. Down-loadable DIY projects from his website provide tools and a framework for further public participation.

A native of Oakland, California, he received his BA from San Francisco State and his MFA from Alfred University in New York. His work has been shown in Geneva, Turin, Paris, Stuttgart, Madrid, Barcelona, Ljubljana, Vancouver, and across the U.S. He has garnered critical attention across a variety of media, including: Artforum, Playboy, Flash Art, the Believer, New American Painting, the Washington Post, and the front page of the New York Times. He still lives and works in Oakland.