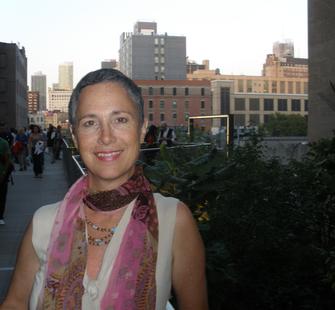 Patricia Watts has researched art and nature practitioners since 1994. She has participated as panelist at numerous conferences and has given lectures at art departments internationally. Watts curated Delta Waters at the San Joaquin Delta College (2012) in Stockton, CA; MAKE:CRAFT at Otis College of Art and Design (2010) in Los Angeles; Ecoarchive at 5M in San Francisco (2010); and ECOLOGIC at Cypress College (2009) in Southern California. She also curated Hybrid Fields at the Sonoma County Museum (2006) in Santa Rosa, and Bug-Eyed: Art, Culture, Insects for the Turtle Bay Exploration Park (2004-2005) in Redding, CA. In 2005 she also produced the very first site-specific temporary public art installation sited on Crissy Field in the Presidio titled Windsock Currents for UN World Environment Day sited for the month of June. Watts is currently working on a statewide residency project in New Mexico titled Getting Off the Planet to be presented at the Santa Fe Art Institute Fall 2013. Watts received her MA in Exhibition Design/Museum Studies from California State University, Fullerton, and has a BA in Business Administration from Stephens College, Missouri. She was Chief Curator at the Sonoma County Museum in Santa Rosa, CA (2005-2008).