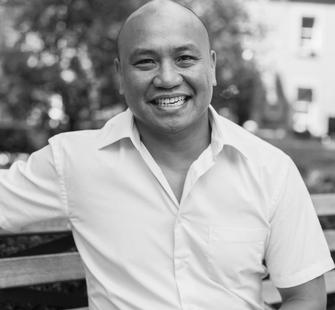 Born and raised in New Jersey and the son of Ilokano
immigrants, Patrick Rosal is the author of four books of poetry, most recently Brooklyn
Antediluvian, which was a finalist for the Kingsley Tufts Poetry Award. His
writing has appeared in The New York
Times, Grantland, Tin House, New England Review, Best American Poetry and
many other magazines and anthologies. He has been a featured performer in
Europe, Africa, Asia, Central and South America, the Caribbean and hundreds of
venues throughout the U.S., including Lincoln Center and the Whitney Museum. A
former Fulbright Research Fellow, he is an Associate Professor of English at
Rutgers University-Camden.