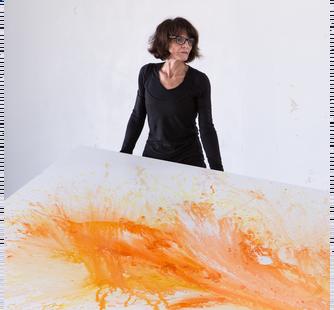 Penny Siopis is a visual artist whose solo exhibitions include Warm Water Imaginaries at the Stevenson, Johannesburg (2019), This is a True Story: Six Films (1997–2017) at the Zeitz MOCAA in Cape Town (2018); Incarnations at ICAIO in Mauritius (2016); Time and Again: A Retrospective Exhibition at the South African National Gallery (2014/2015); Obscure White Messenger at the Brandts Museum in Odense (2014); and Three Essays on Shame at the Freud Museum in London (2005). She has shown at the Tate Modern and the British Museum, Kunsthaus Dresden, the Beirut Art Centre, the Pérez Art Museum (Miami), Jeu de Paume (Paris), the Museum of Contemporary Art (Oslo), The Walther Collection, and the biennials of New Orleans, Venice, Taipei, Sydney, Johannesburg, Gwangju, and Havana. She received an Onassis fellowship and lifetime achievement award, has held residencies at Delfina and Gasworks, and her work is in the collections at Centre Pompidou, the Smithsonian, Moderna Museet, the Tate, and the Art Institute of Chicago. She has an Honorary Doctorate from Rhodes University, Makhanda, lectured at Wits University, Johannesburg, has been a Visiting Professor at Umeå University, and she is currently an Honorary Professor at the Michaelis School of Fine Art, University of Cape Town.