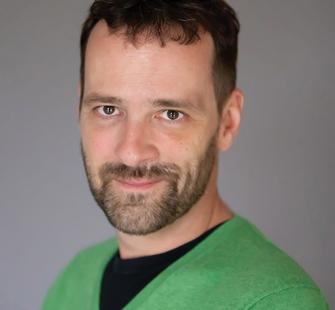 Preston Lane is Founding Artistic Director of Triad Stage
where he has directed over 60 productions with a particular emphasis on plays
by Williams and Ibsen. Other productions include the US premiere of Inexpressible Island (Dallas Observer
Best of Dallas Awards: Best Director, Best Production) and The Night of the Iguana (Dallas Morning News: 2002 Top Ten Theatre
List). As a playwright, Preston’s plays and adaptations have been produced at
Triad Stage and other theaters and universities. His adaptations include plays
by Ibsen, Strindberg, Moliere, and Holberg. His Appalachian cycle of plays with
musician Laurelyn Dossett includes Brother
Wolf, Beautiful Star, Providence Gap, Snow Queen and Radiunt Abundunt. His current work uses a fictional North Carolina
town to explore contemporary issues of identity and includes Common Enemy and Actions and Objectives. Preston has taught at UNCG, where he was a
2016 Artist in Residence, and also at NC A&T, UNCSA, Greensboro College,
SMU. He is an alumnus of the Drama League of New York’s Director’s Project. A
native of the Appalachian Mountains, Preston received his BFA from UNCSA and
his MFA from the Yale School of Drama.