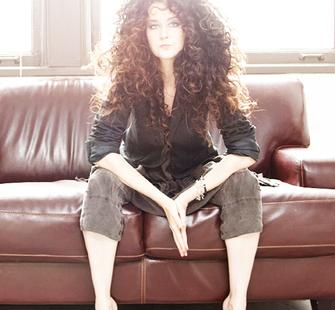 Recognized for her exploration of new forms, hybrids, and collaborative discovery, Wikswo’s singular vision and process crosses disciplines and defies distances between past and present, analog and digital, the anachronistic and the avant-garde. Her works – typically created using salvaged antique military communications equipment – explore sites of obscured, contested, and hidden histories that often include under-documented crimes against humanity.

Wikswo has received major fellowships and grants from the National Endowment for the Arts, the National Endowment for the Humanities, Yaddo, the Pollock Krasner Foundation, the Center for Cultural Innovation, ARC/Durfee, Djerassi, the Puffin Foundation, Ucross, the Millay Colony, the Anderson Ranch Arts Center, the Virginia Center for the Creative Arts, Oberpfalzer Kunstlerhaus, and more.

Her projects are published, exhibited, and performed widely in the Americas, Europe and Asia:

The first solo museum survey of her work, PROPHECY OF PLACE: QUINTAN ANA WIKSWO was presented in New York City from August 2011 – March 2012 by the Yeshiva University Museum at the Smithsonian-affiliated Center for Jewish History. The nine-month exhibition featured her poems and stories, multi-panel photography, assemblage, live performance works, and films surrounding a thousand years of crimes against women in Europe from the Crusades to the Holocaust, and questioning the marginalization of female, queer, and disabled experience within human rights and Holocaust narrative. Major works from the exhibition continue to museums in the United States and Europe in 2012-14, including the Munich Jewish Museum and the Los Angeles Museum of the Holocaust.

Wikswo’s works have premiered internationally at prominent institutions including the University of Southern California, the Museum of Jurassic Technology, the Lyon Musée des Moulages, the Jewish Museum of Munich, Schloss Plüschow, the Los Angeles Museum of the Holocaust, Beyond Baroque, MicroFest, Boston Court Performing Arts Center, California State University at Fullerton, the University of Maryland, Yeshiva University Museum, Kebbel Villa, The Composer’s Project, the International Alliance of Women in Music (IAWM), the National Center for Music Creation (GRAME), and in multiple galleries in Los Angeles and around the world.

She earned an interdisciplinary BA with Honors from the University of Texas at Austin, with triple majors in Philosophy/Critical Theory, Gender Studies, and History, and minors in African-American Studies and French. She was awarded an international fellowship in Gender Studies to the University of Sydney, Australia, and an MFA in Creative Writing from San Francisco State University, where she was honored with the President’s Award and the University Distinguished Service Award.

Her studios are located in Brooklyn and Los Angeles.