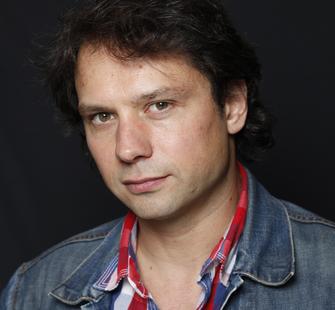 Richard Dubugnon is a franco-swiss composer born in Lausanne, Switzerland in 1968. While studying music at the Paris Conservatoire, he received first prizes for Counterpoint (1993) and Double Bass (1995) and second prize for Fugue (1994). He subsequently studied composition at the Royal Academy of Music in London, graduating in 1997 with a DipRAM (the highest distinction of the Academy) and a Mmus degree (Masters) and completed a yearlong fellowship thereafter.

Dubugnon has received numerous awards and residencies in support of his music compositions, which have been played by musicians and orchestras in Europe, U.S.A., Russia, and New Zealand. Forthcoming projects include, for example, a concerto for two pianos for Katia & Marielle Labèque co-commissioned by the Los Angeles Philharmonic, Orchestre de la Suisse Romande, and Orchestre de Paris for performances in 2011-13. He also plays the double bass and actively contributes to educational projects around the world, with several years of experience teaching composition in places such as the Royal Academy of Music and the Purcell School in London.