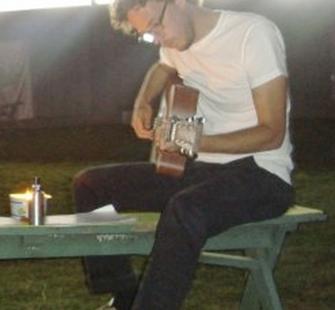 Richard T Walker is a British artist currently living and working in San Francisco. He graduated with an MA in Fine Art from Goldsmiths College in 2005 and has since been exhibiting internationally in Europe, Japan, China and the U.S.A, including: Witte de With, Rotterdam; De Appel, Amsterdam; The Lewis Glucksman Gallery, Cork; and Para/Site, Hong Kong. In 2009 he was awarded an Artadia Award grant. He is currently Advising at California College of the Arts in San Francisco and in 2010 will attend both the Djerassi Residency and Headlands Center For the Arts Residency programs in Northern California. He will have a solo exhibition at Angels Gallery, Barcelona in May of 2010 and is represented by Christopher Grimes Gallery, Santa Monica with a solo show scheduled for March 2011.