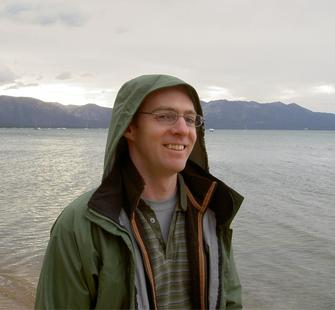 Sam Nichols is a composer who lives and works in Northern California. His music has been performed by eighth blackbird, the Empyrean Ensemble, and the Left Coast Chamber Ensemble, among other groups. Recent projects include Monkey Fist for cellist David Russell, and Crank for pianist Amy Dissanayake. New projects include pieces for several Bay Area ensembles, including Earplay, the Empyrean Ensemble and the Left Coast Chamber Ensemble. He is also working on solo works for percussionist Chris Froh, cellist David Russell, and pianist Karen Rosenak. Currently, he’s working on a commission from Guerilla Opera for their 2009-10 season: Unnamed: or, the Unnamed.(Guerilla Opera is a collective of young Boston-based singers and instrumentalists dedicated to promoting a unique theatre-oriented brand of chamber opera featuring a repertoire of newly commissioned works.)

An ongoing collaboration with sculptor Robin Hill has produced two multi-media installations. One of these, Kardex, an interactive piece, was featured at Another Year in LA, the CSU Stanislaus Art Gallery, epicenter07 (the annual exposition of the University of California Digital Arts Research Network) and at the Mondavi Center for the Performing Arts in Davis, CA.

He attended Vassar College (BA, 1994) and Brandeis University (MA 1999; PhD 2006), where he studied composition and theory. His composition teachers include Ross Bauer, Eric Chasalow, Annea Lockwood, David Rakowski, Richard Wilson and Yehudi Wyner. For the past six years he has worked as a lecturer in the UC Davis Music Department; he also teaches in the Technocultural Studies Department.