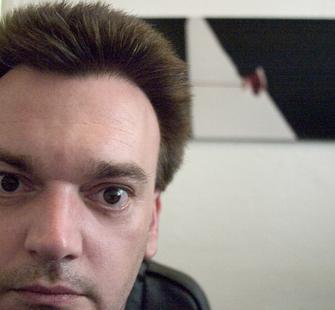 Sandro Ðukić was born and lives in Zagreb, Croatia. His works – spatial, architectonic and photographic installations and constructed films – move from one medium to another with ease. After graduating on Academy of Fine Arts in Zagreb he studied with Nam June Paik and Nan Hoover at the Art Academy in Dusseldorf, and, under Hoover’s mentorship and guidance, has assisted in a number of her artworks. Ðukić has exhibited at numerous solo and collective exhibitions in all Croatian major art institutions and abroad in Slovenia, Germany, Spain, Netherlands, the US, Italy, Serbia, Austria. As a lecturer participated in several symposiums on subject of media art and archives. In 1991 he received the Croatian Artist Association Award. Ðukić is a member of Croatian Association of Independent Artists HZSU and Croatian Association of the Visual Artists HDLU.