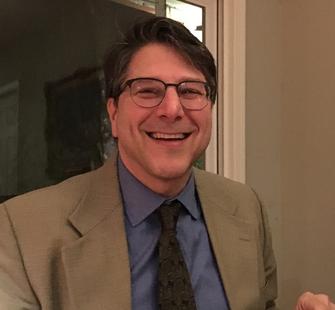 Seth is a writer, composer,
lyricist, creative director. He has won multiple Drama Desk and Outer Critics
Circle awards for his lyrics and book writing. Credits include Book, Lyrics,
Music for “Personals” with David Crane, Marta Kaufman, Alan Menkin, Stephen
Schwartz, Joel Phillip Friedman, Billy Dreskin, Michael Skloff. He also
collaborated with Stephen Schwartz on songs for “Snapshots” and for Martin
Charnin’s “Upstairs at O’Neals.” Seth was creative consultant for the
feature Seven Girlfriends (Netflix) and ABC’s Veronicas Closet. Seth has
written songs for Disney (including the hit “Dig A Tunnah” in “The Lion King 1
½”) and SONY/Henson (the Grammy-Award winning “Elmo in Grouchland”). His lyrics
in collaboration with Alex Rybeck were recently honored when Alex won the 2015
MAC Award for Songwriting. Seth is also a strategic consultant and head
storyteller for Fortune 100 corporations, having creative directed and written
the original HexBugs TV campaign. His new musical – “The Front,” written with
Paul Gordon and Jay Gruska – is being produced at the Signature in DC this
fall. And he is excited to be working to complete the libretto for “Fallings”
with music by Joel Phillip Friedman.