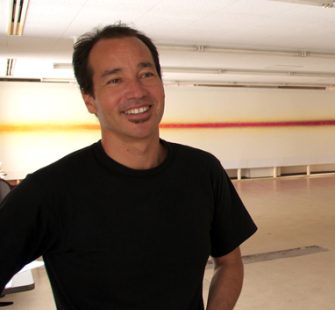 Shingo
Francis received his bachelor’s degree in 1992 from Pitzer College
in Claremont, CA. He subsequently lived and worked in Oakland, CA while attending classes at the California College of Arts and Crafts
in film and video. While in the Bay Area Francis participated in
several early group exhibitions at the Minna Street Gallery in San
Francisco.

In
1996 Francis returned to Los Angeles and set up The Hatch Art Space
with several other artists in the Los Angeles area. Francis
participated in multiple exhibitions at The Hatch. In 2001 Francis
relocated to Yokohama, Japan, where he has participated in multiple
group and solo exhibitions. In 2003, Francis received the SICF Fumio
Nanjo Award, who was Deputy Director at the Mori Museum at the time.
In 2006 Francis reestablished The Hatch with new members in the
Japanese art community. Renamed Hatch Art, the collective has
organized four
exhibitions in Yokohama showcasing artists from both Japan and
abroad.

Francis
will participate in the Yokohama 2009 City Arts Project this
fall, and will organize a Hatch Art Project at the ISE Cultural
Foundation in New York next year.