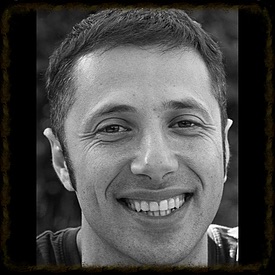 Simón Adinia Hanukai is a theater maker, director, curator, educator, who splits his time between New York and Paris. Originally from Baku, Azerbaijan, he spent the early years of his career in Oakland, California, where he was a founding member of HeadRush Crew and the Co-Artistic Director of the Destiny Arts Youth Performance Company. Working with both companies for six years he was instrumental in creating original full-length dance theater pieces, which toured nationally and were seen by over 25,000 people per year. Highlights include sharing the stage with Desmond Tutu, Angela Davis, Alice Walker, Neil Young, Alfre Woodard and Martin Sheen.

Simón is the Performing Arts Curator for MassBliss Productions and a Core Member of Superhero Clubhouse, as well as an Adjunct Professor at the Division of Interdisciplinary Studies at the Center for Worker Education at CUNY and the department of Speech, Communications and Theatre Arts at BMCC in New York.

Simón is honored to be a recipient of the Dean’s Fellowship from Columbia University and the 2012-13 Emerging Artists Fellowship from New York Theatre Workshop. Artist Residencies include, NACL Deep Space Residency; Odin Theater, Denmark; E|MERGE Interdisciplinary Artist Residency; Catwalk Art Residency; Sally and Don Lucas Arts Program at the Montalvo Arts Center. He holds a Masters degree in Education from the University of San Francisco’s Center for Teaching Excellence and Social Justice and an MFA in Theater Directing from Columbia University.