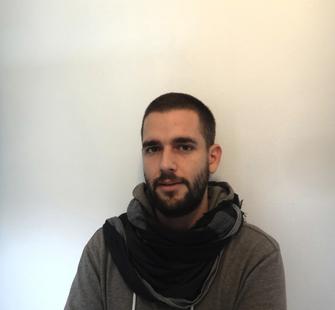 Simon Geilfus was born in 1985 in Brussels where he currently lives.

An interaction Designer and Software Engineer, most of his work today lies at the intersection of art and code. Starting a webdesign career at the time when Processing was released and the Flash Hackers Community got big, Simon quickly got sucked in creative coding, computational design and generative graphics. Designing tools and new approaches for graphic and motion design has become one of his major interest. He enjoys creating graphics and visual abstractions as much as creating the software and systems to generate them.

Simon has presented his work and done lectures at festivals around the globe including Mutek in Montreal and Mexico, TodaysArt The Hague, Share Conference in Belgrade, CmODA+OneDotZero in Beijing, French Institute of Tokyo’s Digital Art Festival, Web Flash Festival at Centre Pompidou, Futuresonic Manchester, L.E.V Festival in Gijon, Itau Cultural in Sao Paulo, Scopitone Festival in Nantes. He has been a lecturer at several schools including Brussels’ Superior National School of Visual Arts for the past three years, La Cambre, and at Graphic Research School of Brussels, ERG. He regularly teaches the art of creative coding in cultural events and festivals around Europe.