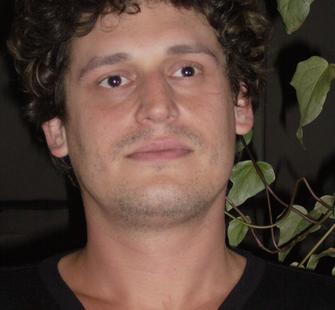 Stéphane Thidet uses spaces, objects, places, and devices to create situations, without ever really feeling like a sculptor. He started out by doing micro-installations called “Small operas” with speakers and slides, 3D pieces, video and plenty of sound as material, but neither media nor questions of the monumental concern him.

He says, “I want people to move from the object to the idea of place – and hence the way in which it is lived in – the situations of inaccessibility, of exclusion that I bring about are part of a tension that I am looking for…Ultimately, I create situations that fail to deliver their promise. While I don’t especially try to make my work popular, the signs that I use belong to a collective memory. I was definitely influenced by Lewis Carroll proposing a maladjusted, twisted, or even aggressive and dangerous reality.”