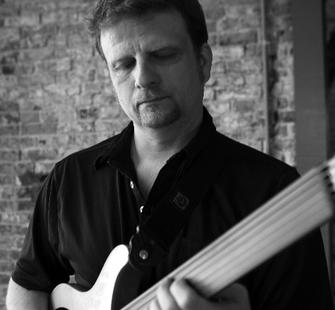 Tom Baker has been active as a composer, performer and music producer in the Seattle new music scene since arriving in 1994. He received his doctorate in composition in 1996 from the University of Washington, where he taught Composition and Music Theory from 1993 to 2006. He has studied composition with Chinary Ung, William O. Smith, and John Rahn. Baker has received many awards and grants for his work including awards from Meet The Composer, the Seattle Arts Commission, King County Arts Commission, Artist Trust, and Jack Straw Productions. He was awarded a fellowship as an associate artist-in-residence from the Atlantic Center for the Arts in Florida in 2006, where he spent three weeks working with composer and saxophonist Henry Threadgill.

Baker is the artistic director of the Seattle Composers’ Salon, co-founder of the Seattle EXperimental Opera (SEXO), and an advisory board member of the Washington Composers’ Forum. His works have been performed throughout the United States, in Canada and in Europe. His chamber opera, The Gospel of the Red-Hot Stars, was presented in April 2006 to critical acclaim and box office success, and is now available on CD. Baker’s most recent chamber opera, Hunger: The Journey of Tamsen Donner, premiered in April 2008 and will be released in 2011.

As a guitarist (on both fretted and unfretted instruments), Baker has presented concerts and recitals in several U.S. cities including Seattle, San Francisco and New York, as well as concerts in Holland in 2006. His music has been recorded on several labels, including Rosewood Recordings, Acoustic Levitation, and Present Sounds Recordings, which released his solo albums – Sounding the Curve in 2002, and What Remains in 2005. His avant-jazz group – the Tom Baker Quartet – released its inaugural album, Look What I Found, in January 2007; the group’s second album, SAVE, was released in April 2009. Baker is also a member of Triptet, an improvising trio of musicians in the tradition of Sun Ra, whose debut album You Can See the Bottom was released in October 2010.