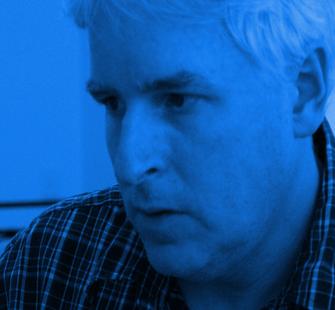 Tom Morgan, the Artistic Director and Conductor of the Ars Nova
Singers, of Boulder, Colorado, has been acknowledged as a leading
interpreter of new music in Colorado. Under his leadership the choir
has become one of the premiere ensembles in the region.

Mr.
Morgan received his Bachelor of Arts degree in Music from Macalester
College in St. Paul, Minnesota and the Master of Music degree in
Composition from the University of Colorado. He currently serves as
Music Director of St. John’s Episcopal Church in Boulder. Mr. Morgan
has studied choral and orchestral conducting with Dale Warland, Helmut
Rilling, Giora Bernstein, and has taken master classes with Eric
Ericson and Herbert Blomstedt.

In addition to his
work with Ars Nova, Morgan has assembled and prepared choruses for the
Boulder Bach Festival, the Colorado Music Festival and the Colorado
MahlerFest, working with such eminent coductors as Margaret Hillis,
Giora Bernstein, Dale Warland, Robert Olson, and Simon Carrington. As a
guest conductor, Morgan has led the Colorado Music Festival’s Chamber
Orchestra, the Boulder Chamber Orchestra, the Boulder Sinfonia, the St.
Cecilia Singers, a University of Colorado faculty composer’s chamber
ensemble, and the Denver Bach Ensemble. In October of 1992, he was
invited to conduct a chamber ensemble at the International George Crumb
Festival, with the composer present.

As a composer, Mr. Morgan received the prestigious BMI Award (1987) for his composition Psalm 88 for orchestra and mixed chorus. His choral work Four Poems of e. e. cummings was
presented on the opening program of the eighth Internacional Musica
Nueva festival in Mexico City. He is the composer, arranger, and editor
of numerous church anthems.

Under his leadership, Ars
Nova Singers has received significant national recognition: the
ensemble was invited to perform in the studios of National Public Radio
on their March, 2006 East Coast tour. Also, the Aaron Copland Fund for
Music selected the Ars Nova Singers for funding in 2003 and 2004. Ars
Nova has released nine independent recordings on compact disc, and
performed on seven internationally released recordings with Boulder
composer and instrumentalist Bill Douglas.