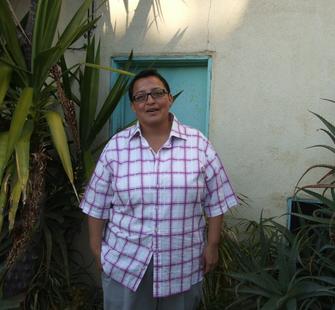 Verónica Reyes is a Chicana feminist jota from East LA, Califas. Her poems give voice to her Mexican-American and queer communities. She earned her BA from Long Beach State University and her MFA from the University of Texas, El Paso. Over the years, she has resided in several cities: El Paso, Toronto, Berlin. Each ciudad has seeped into her and in some way shaped her. As an educator, she has taught at El Paso Community College, Upward Bound Program, and Humber College; most recently, she was a part-time lecturer at Cal State LA.
As a poet, she was a resident at Ragdale Foundation, Vermont Studio Center and a NEA 2009 fellow at the Virginia Center for the Creative Arts. In her career, she has won awards, such as Emerging Artist from Astraea Lesbian Foundation, Finalist for Andrés Montoya Poetry Prize, and AWP (Association of Writers and Writing Programs) Intro Journals Project. Finally, her work has appeared in Calyx: A Journal of Art and Literature by Women, Feminist Studies, ZYZZYVA, Borderlands: Texas Poetry Review, North American Review, JOTA zines and The New York Quarterly. Most importantly, after years of hard work and perseverance, she is honored with her first book, East LA Poet: Poetry from Bordered Lives; it will be published by Arktoi Books in September 2013.