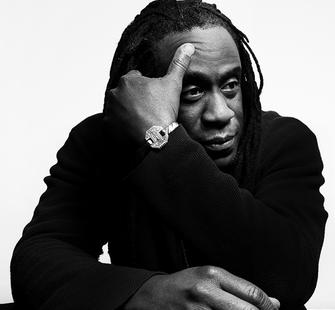 Will Calhoun is a two-time Grammy winning musician from
the Bronx, New York and co-founding member of the genre-busting rock band
Living Colour. He is a recipient of the prestigious Buddy Rich   Jazz Masters award for outstanding
performance as a drummer.  Calhoun has
produced and toured with artists from around the world, including Mick Jagger,
Harry Belafonte, Pharaoh Sanders, Wayne Shorter, McCoy Tyner, Salif Kieta, Mos
Def (Yassin Bey), Lauryn Hill, Paul Simon, Madonna, Emily Sailers and Public
Enemy, among others. Between touring and recording Calhoun spends much of his
time abroad, researching music and ancestral rhythms in West Africa, South
America, and remote parts of Asia. Calhoun is on the advisory board of BMHC
(Bronx Music Heritage Center) where he develops local Bronx works, creating a
stimulus for new/alternative art concepts in the Bronx, and The Way of the
Rain, a multi-media group featuring Sibylle and Robert Redford, paying homage
to Mother Earth. Calhoun is a Guest Artist at the Lucas Artists Program at
Montalvo Arts Center.