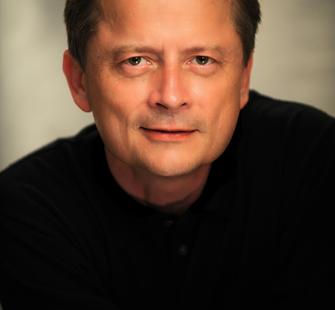 Born in a Montana coal and cattle town, William C. (Bill) Pack grew up in an environment beset with all the attendant difficulties. At 15 years of age he left home, becoming emancipated and his own sole provider. At 16 he dropped our of his junior year of high school, never to return. At 17 he married and at 18 he became a father. He worked variously as a truck driver, a bartender, a fry cook, a loading dock worker, and a broadcast ad man. He earned a GED and no more. He did not become a novelist right away.
At 21, Bill was hired as a broker with a major Wall Street firm. In time, he became the youngest Executive VP/Divisional Director in the brokerage arm of the largest financial firm on earth. Simultaneously he founded a private food manufacturing/distribution company affiliated with Beatrice Foods. He served a prestigious 3-year appointment with the NASD (now FINRA), the S.E.C.’s partner in creating and enforcing rules and regulations on Wall Street. Along the way, through Menttium 100, Bill served as a volunteer mentor for female executives at both Hewlett Packard and JPMorgan. He pitched in at or helped fund many charities, particularly women’s and children’s advocacy groups. At 43 he became seriously ill and left business to pursue lifelong goals – to get a good formal education and become a novelist.
Bill took the SATs and earned a slot at Stanford University as the oldest undergraduate on campus (43-46), and perhaps the only one with a GED. After three years, he graduated Phi Beta Kappa with distinction and honors. He was the only undergraduate chosen to head up an archaeological project. His thesis received the Annual Reviews Prize in Anthropological Sciences. Then he started writing fiction.

In 2007 Bill published his first short story, Saints and Patrons. The Bottom of the Sky is his first novel, and it was one of only six finalists for the National Best Book Awards (USA Book News) and is the only novel his publisher has had nominated for a Pulitzer Prize (2010). The Bottom of the Sky and William were featured on the PBS-syndicated show, Between the Lines, on Voice of America worldwide, on Public Radio, commercial television, radio, and newspapers. Partly because of the novel, Bill’s biography was featured on Forbes’ video magazine, Personal Best (see BottomoftheSky.com). William has accepted no royalties for the printed version of The Bottom of the Sky, but sales of the book have earned thousands for charities such as Community Overcoming Relationship Abuse (CORAsupport.org) in the Bay Area, the Nevada Women’s Fund, Reach Out and Read in Arizona and ROR Colorado, the Angel Fund in Montana, and others. He is writing his second novel now.
William Pack is married with four grown children. He lives in America. He has a big dog and four pair of blue jeans–two more than necessary.