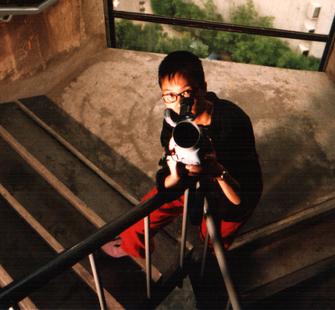 Yau Ching (b. 1966) is an independent film/videomaker from Hong Kong. She earned a BA in Comparative Literature from the University of Hong Kong, MA in Media Studies from The New School for Social Research in New York, PhD in Media Arts from Royal Holloway College, University of London, and studied Studio Art at the Whitney Independent Study Program in New York. She is a founding member of Nutong Xueshe, a LBGTIQ organization for cultural advocacy and public education, and currently Associate Professor in Cultural Studies at Hong Kong Lingnan University.