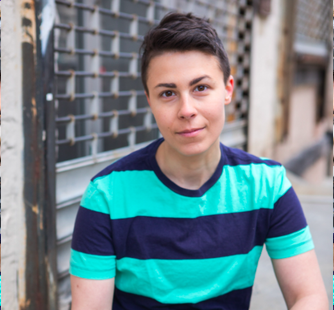 Zeyn Joukhadar is a Syrian American writer, a member of the Radius of Arab American Writers (RAWI) and of Mensa, and the author of the novel The Map of Salt and Stars (Touchstone/Simon & Schuster, which was released in May 2018. Joukhadar’s work has appeared in Salon, The Paris Review Daily, The Kenyon Review, The Saturday Evening Post, PANK Magazine, Gulf Stream Literary Magazine, and elsewhere, and has been nominated for the Pushcart Prize and the Best of the Net. Joukhadar is a 2017-2020 Montalvo Arts Center Lucas Artists Program Literary Arts Fellow in fiction. Originally from New York City, Joukhadar earned a PhD in the Pathobiology Graduate Program at Brown University and worked as a biomedical research scientist before switching careers to pursue writing full time.