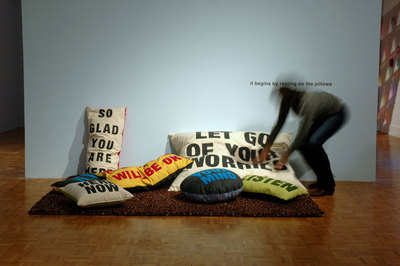 Through existing works and new commissions, artists Susan O’Malley, Leah Rosenberg, and Christine Wong Yap explored the question: ​How do we cultivate happiness?

Wong Yap’s series of text-based works sewn from ribbons and installed directly on the gallery wall depicted messages encouraging positive mental habits, while a large-scale drawing diagrammed the interconnections between theories of subjective well-being. Rosenberg explored how color, light and material impact our sense of contentment. Inspired by the use of light as a therapy for SAD (Seasonal Affective Disorder), she invited gallery visitors to stand in front of her Illuminated Stripe Works, a series of small striped light boxes, and alleviate negative emotion. O’Malley created a space in the gallery and invited visitors to experiment with various happiness-inducing activities, testing out the benefits of talking and listening to one another, and allowing time to relax. Happiness is… extended outside the gallery onto Montalvo’s 175-acre grounds, with Wong Yap’s Irrational Exuberance Flags. Activating a flagpole in front of the Lucas Artists Program, this rotating series of colorful flags selected by gallery visitors represented the energetic spirit of exuberance and optimism.  O’Malley created an installation in Montalvo’s forest titled, A Healing Walk with signage featuring positive and happiness-affirming directives. Rosenberg provided colorful walking sticks visitors could check out of the gallery to take with them on their walk. 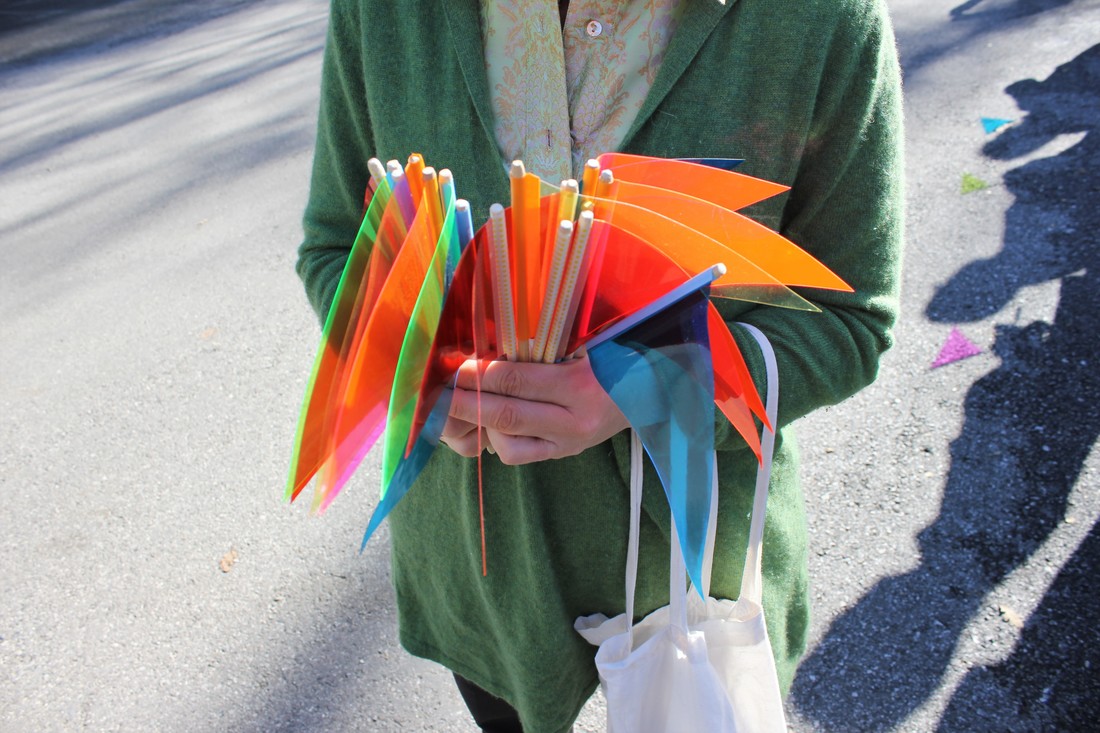 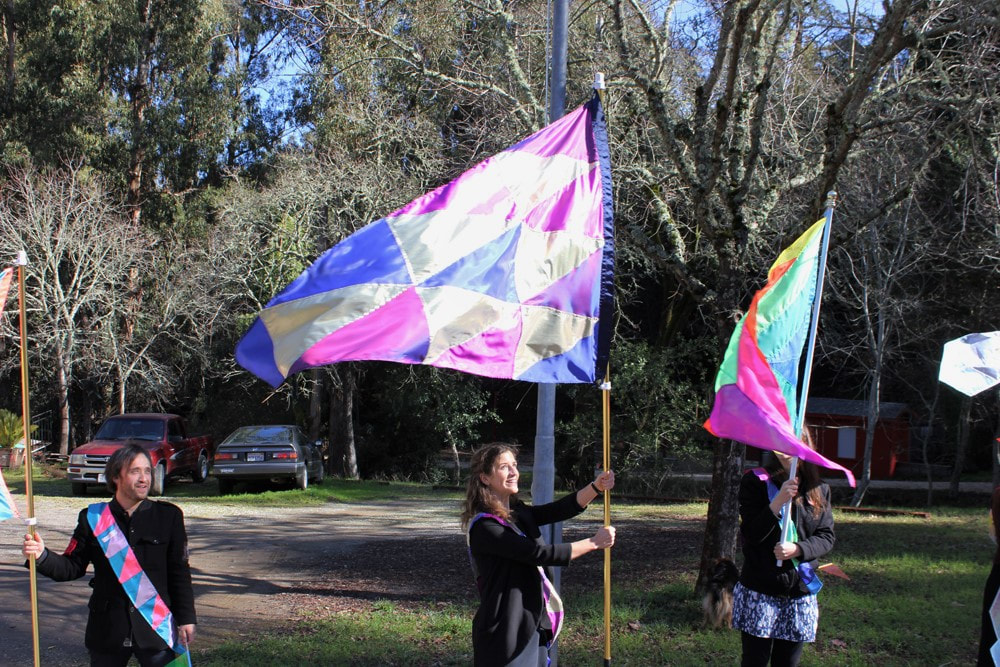 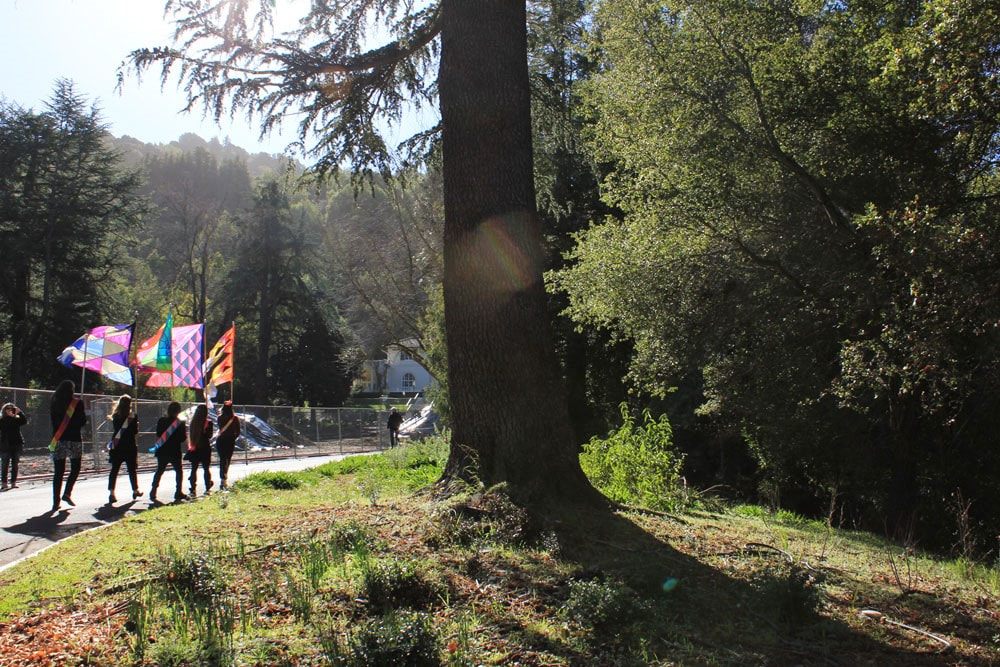 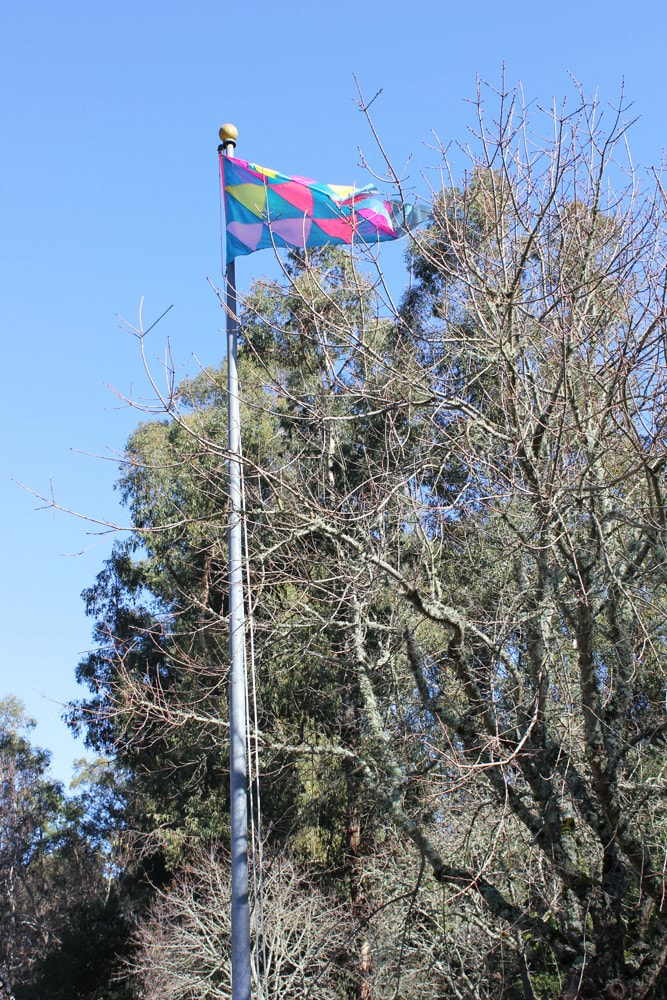 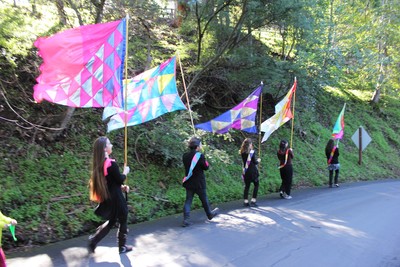 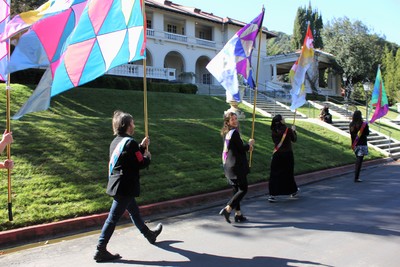 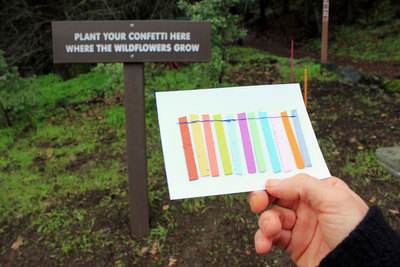 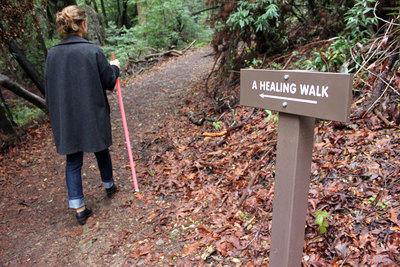 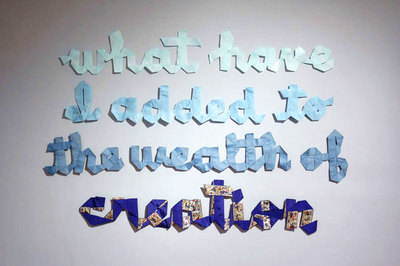 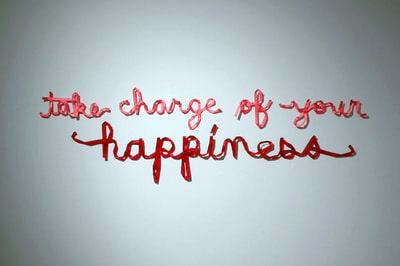 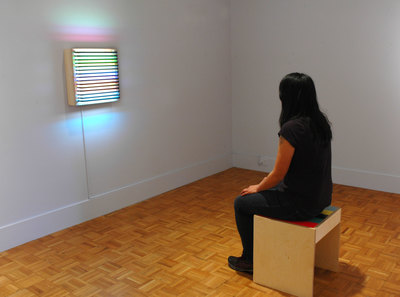 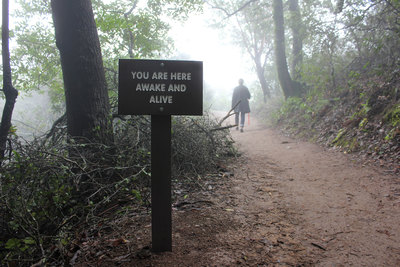 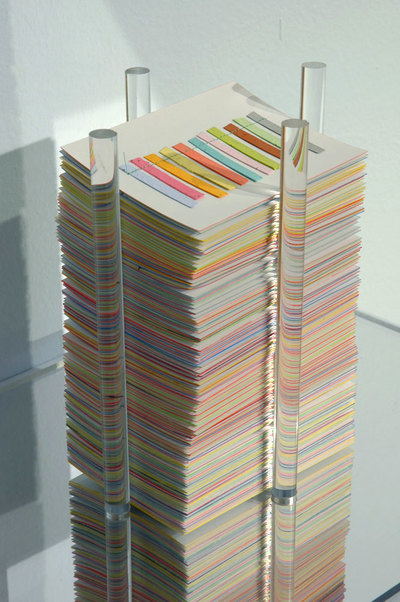 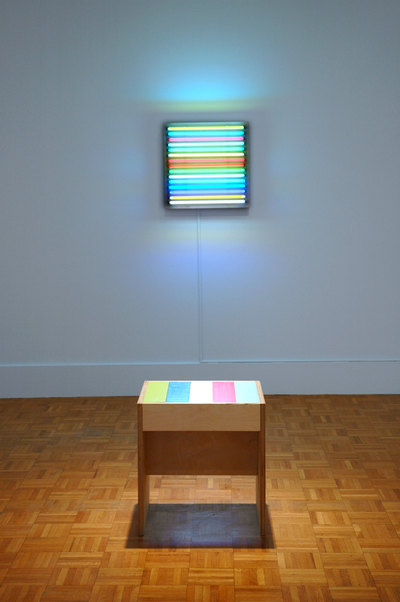 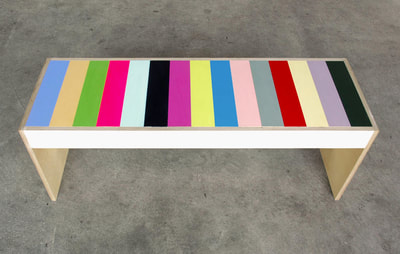 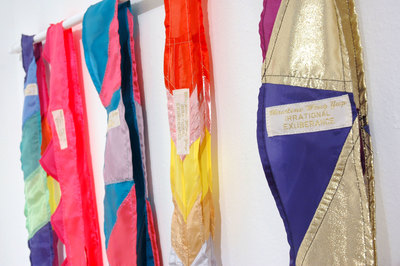 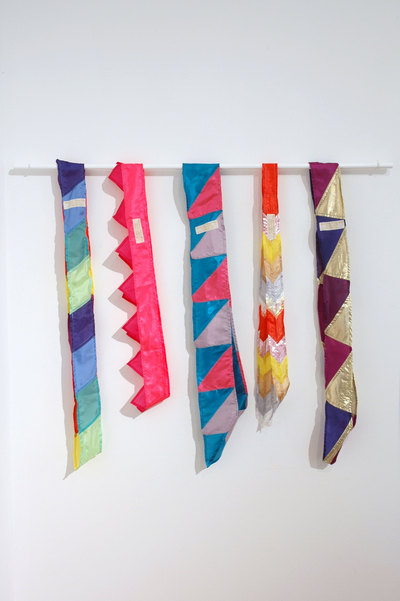 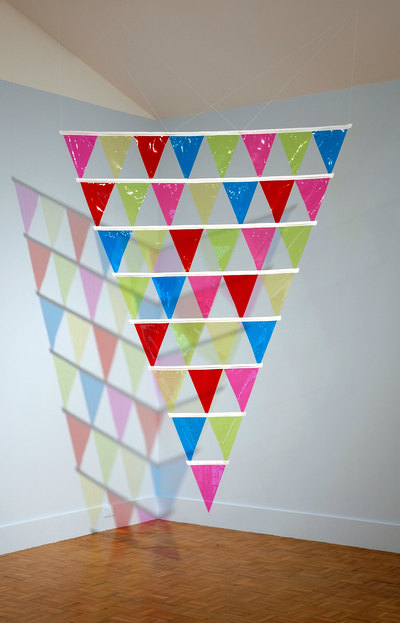 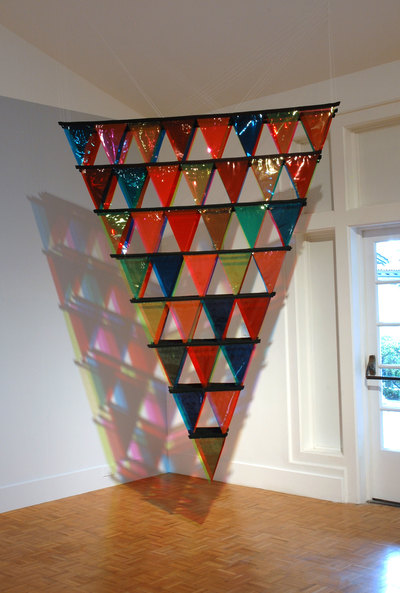 SUSAN O’MALLEY
​Website
Susan O’Malley (1976-2015) was an artist and curator from the San Francisco Bay Area. From posters to pep talks, billboards to vending machines, her art uses simple and recognizable tools of engagement to connect people to one another. In her Advice from My 80-Year-Old Self project, she interviewed people of all ages and transformed their words into bold artwork that has been shared widely as a book, prints, and public murals. O’Malley’s artwork has been exhibited in public projects across the United States—including Montalvo Arts Center, Kala Art Institute, and Palo Alto Art Center in California; the Contemporary Art Museum in Houston; and the Parthenon Museum in Nashville—as well as in galleries and museums in the United Kingdom, Denmark, and Poland. Her installation Finding Your Center was recently featured at San Francisco’s Yerba Buena Center for the Arts, and her project A Healing Walk is permanently installed at Montalvo Arts Center in Saratoga, California.

LEAH ROSENBERG
Website
Leah Rosenberg was born in Ann Arbor, Michigan in 1979. She studied at New York Studio Program, Independent Studio, ACAID, New York, New York; received her BFA from the Emily Carr Institute of Art and Design, Vancouver, British Columbia in 2003; and obtained her MFA at the California College of Art, San Francisco, California in 2008. She currently resides and works in San Francisco, California. Spanning painting, sculpture, installation and pastry, Leah Rosenberg’s work explores how color, form, flavor and arrangements affect human emotion. Using a process of accrual and layers, Rosenberg’s works personify how our experiences and memories accumulate, creating a piece with a vivid variety of color and texture.

CHRISTINE WONG YAP
Website
Christine Wong Yap is an interdisciplinary artist working in installations, sculptures, multiples, and works on paper to explore optimism and pessimism. Her work examines the paradox that mundane materials or situations can give rise to irrational expectations, emotions, and experiences. Major touchstones are language, light and dark, and psychology. Her work has been exhibited extensively in the San Francisco Bay Area, as well as in New York, Los Angeles, Manila, Osaka, London, Newcastle, and Manchester (U.K). Born in California, Yap holds a BFA and MFA from the California College of the Arts. A longtime resident of Oakland, CA, she relocated to New York, NY in 2010.