Far East of Eden is an experimental film short developed by internationally recognized artists Karen Finley and Bruce Yonemoto. The work, which was developed by Finley and Yonemoto during their tenure as visiting artists at the Lucas Artists Residency in 2016, was commissioned by Montalvo Arts Center.

Far East of Eden draws on the story of Senator James Duval Phelan, three-time mayor of San Francisco and the first popularly elected California Senator. In 1912, Phelan built Villa Montalvo as his country estate in Saratoga, California. Villa Montalvo was Senator Phelan’s favorite home and a center of artistic, political and social life in Northern California. Upon his death in 1930, he bequeathed the Villa and surrounding property as a public park, asking that they be used “as far as possible for the development of art, literature, music, and architecture by promising students.” Decades later, this would become Montalvo Arts Center.

During his political career, Phelan was an outspoken supporter of various anti-immigrant policies, including the Chinese Exclusion Act of 1882 and the Immigration Act of 1924. While researching Montalvo as the site for a new project, Finley and Yonemoto were struck by Phelan’s anti-Asian sentiments, especially as expressed in his essay The Japanese Evil in California. Noting a disturbing parallel between Senator Phelan’s nativist views and the ethnic and religious intolerance that has gained currency in our contemporary political discourse–including calls for walled borders, forced removals of minorities, and military-assisted deportation–the artists were inspired to use the events of yesterday to examine the policies of today and affect change for tomorrow.

The world premiere of Far East of Eden took place at Montalvo Art Center in September 2016. It was subsequently screened at the Museum of Modern Art in New York in February 2017.

​You can view the full list of the cast and crew here.​​ 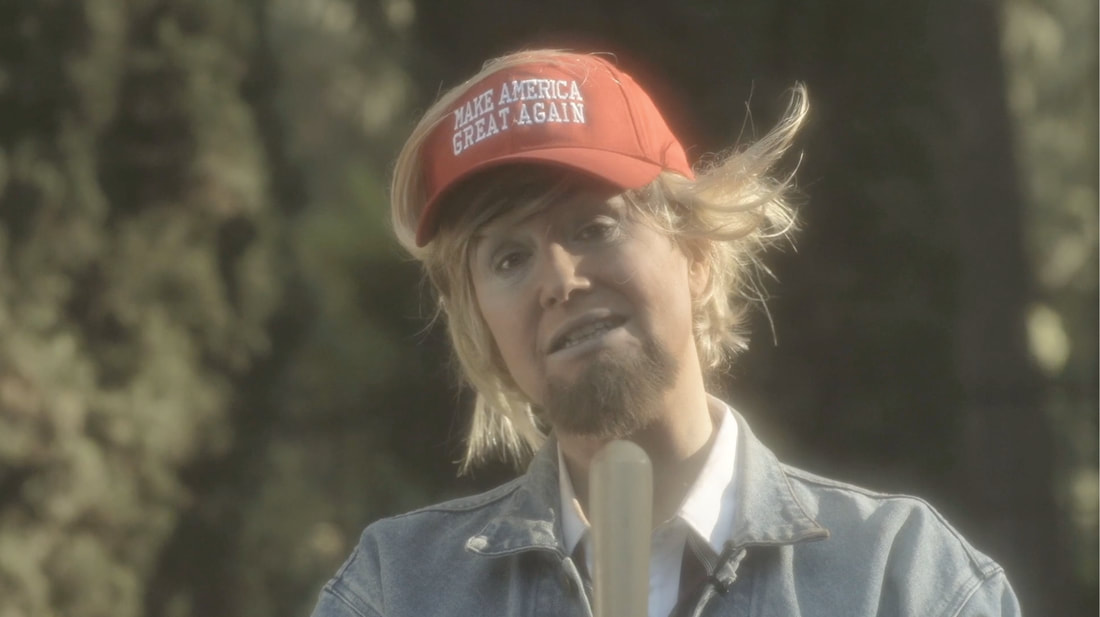 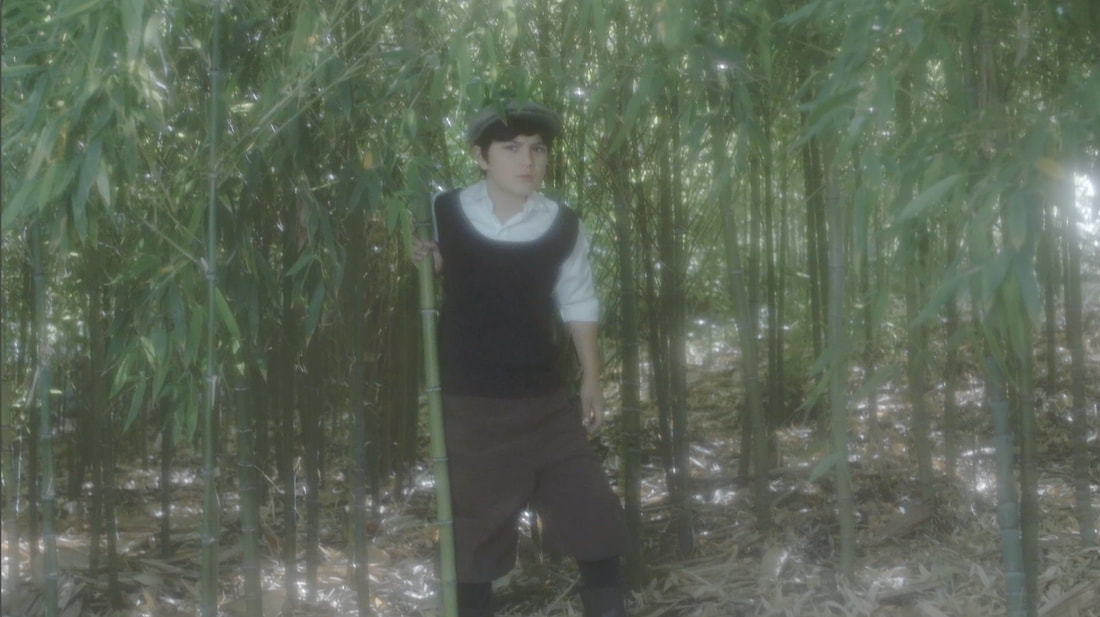 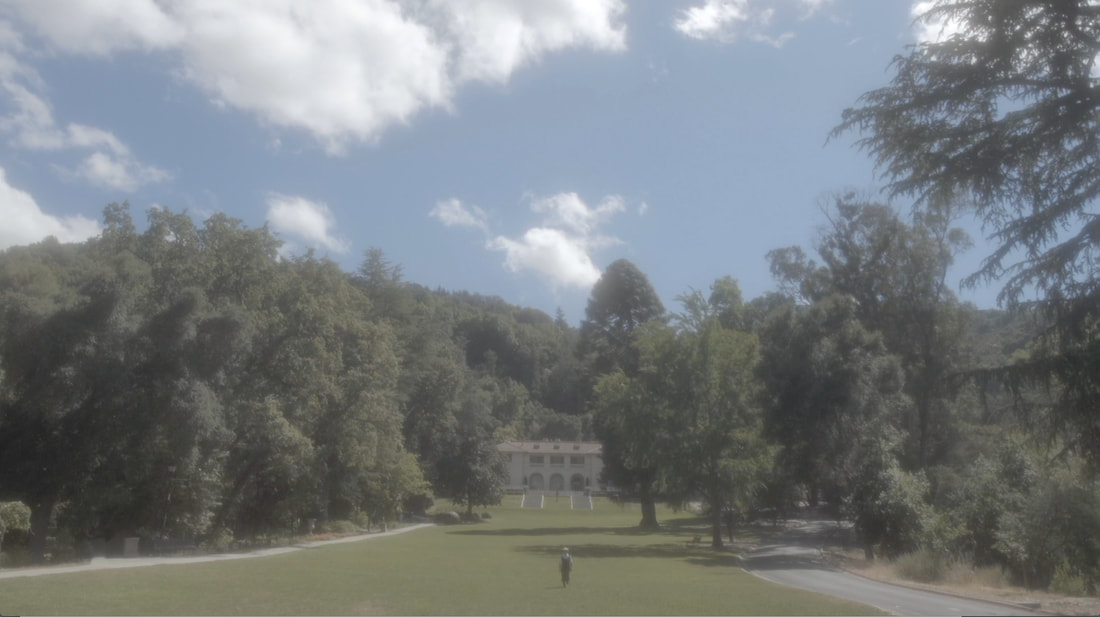 KAREN FINLEY
Website
Karen Finley is a New York-based artist whose raw and transgressive performances have long provoked controversy and debate. She has presented and performed her visual art, performances, and plays internationally, including at Lincoln Center, Guthrie Theater, American Repertory Theatre, Institute of Contemporary Arts, Steppenwolf Theatre, and Theatre Bobino. Her artworks are in several collections and museums, including the Centre Pompidou in Paris and Museum of Contemporary Art in Los Angeles. She has been the recipient of numerous awards and accolades, including a Guggenheim Fellowship, New York Foundation for the Art’s Fellowship, National Endowment for the Arts Fellowship, two Obies, and two Bessies. The New York Times art critic Ben Brantley has praised her work, saying “there’s no denying the genuine rage and pain behind her performance, nor her ability to find voices that reflect those feelings in disturbingly visceral ways.”

BRUCE YONEMOTO
Website
Bruce Yonemoto has developed a body of work that positions itself within the overlapping intersections of art and commerce, of the gallery world and the cinema screen. As a “hyphenated American” (Japanese-American), he has a special interest in literature (anthropological, fictional, travel) that explores areas where people geographically and historically separated come into contact with each other and establish ongoing relations. These contact zones have been historically rife with coercion, radical inequality, and violent conflict. Yonemoto has been honored with numerous awards and grants from the National Endowment for the Arts, the American Film Institute, the Rockefeller Foundation, and the Maya Deren Award for Experimental Film and Video. Most recently, his solo installations, photographs, and sculptures have been featured in major one-person shows at the ICC in Tokyo, the ICA in Philadelphia, and the Kemper Museum in Kansas City. The Tate Modern in London organized a retrospective of Yonemoto’s work in 2017.

Far East of Eden was made possible through the generous support of the following program partners, exhibition sponsors, and Friends of the Lucas Artists Program: T.M. Ravi and Francine Lejeune • Wanda Kownacki • Glenn and Sherri Osaka • Sudnya Shroff and Nickhil Jakatdar • Tom and Yuko Tiernan ​