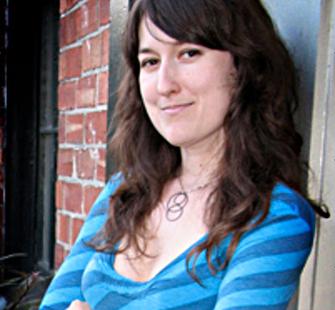 Adrienne Pao is a Photographer based in San Francisco, California. She is currently investigating two photographically based projects. Hawaiian Family Portraits examines how Hawaiian fantasy influences identity in members of Hawaiian contemporary culture. She is also working on a collaborative project with artist Robin Lasser, Dress Tents, wearable sculptures which are photographed in the landscape that playfully look at female representation in the 21st century. Both projects investigate notions of tourism in real and simulated fantasy landscapes, and involve a combination of performative and staged scenarios.

Her Hawaiian Cover-ups photographs are featured in a traveling group exhibition and catalogue “War Baby/Love Child” through 2011 and 2012, and her Dress Tent series are part of the book entitled Not a Toy: Radical Figures in Architecture and Costume (Pictoplasm Publishing, Berlin) in 2011.

She was a 2005 Society for Photographic Education award winner, and received a 2005 Visual Artist Fellowship through the College Art Association. Adrienne received her MFA in Photography from San Jose State University in 2005. She is Full-time Faculty and Curriculum Coordinator in the Online Photography program at Academy of Art University. Her work can be viewed at www.adriennepao.com.