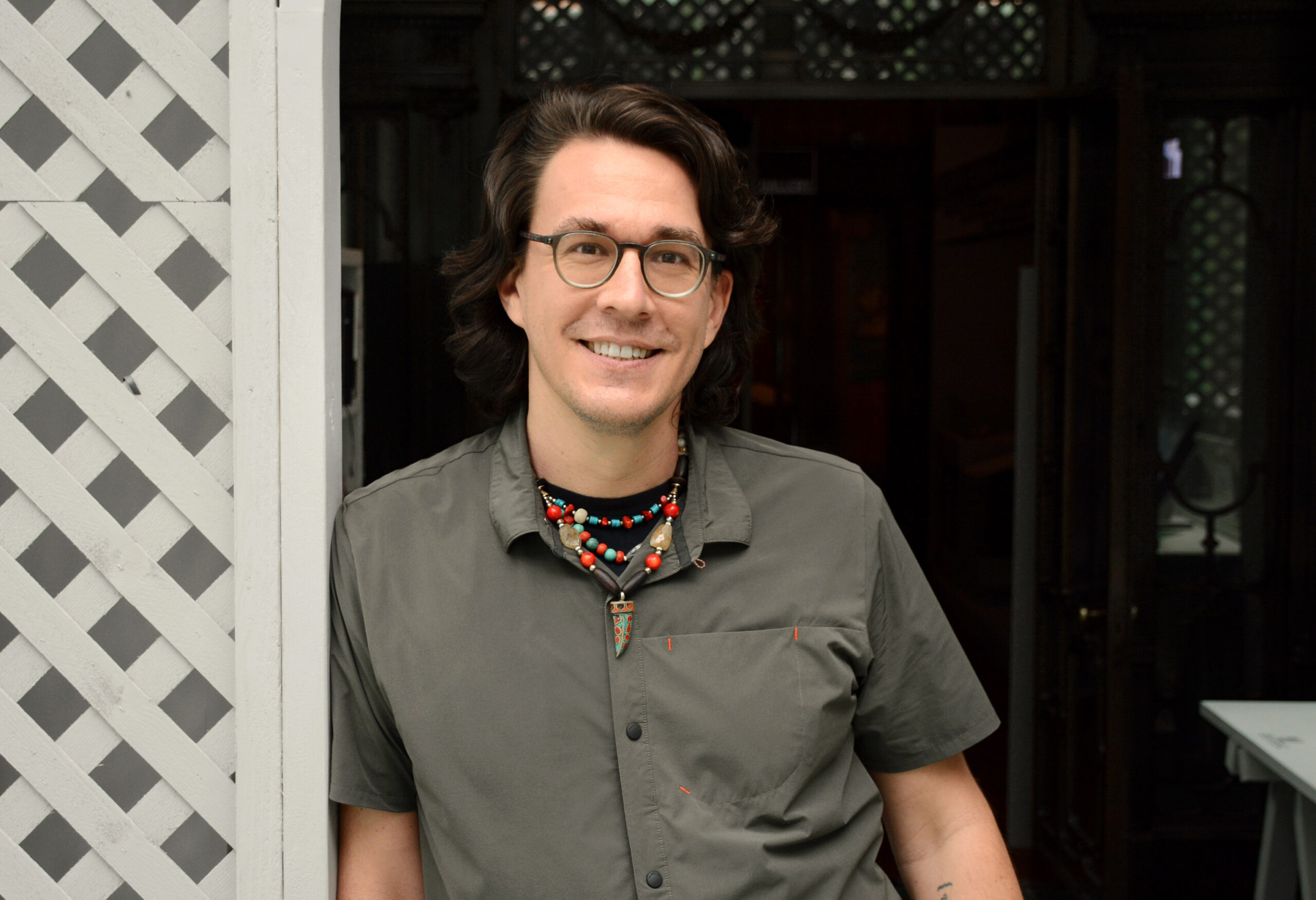 Brian Johnson is a partner of Polymode (www.polymode.studio), a bi-coastal, LGTBQ+ and minority-owned studio where he focuses on creative direction, design production, writing, and teaching. Born into a family of printers, Johnson is deeply invested in the production of good design without the expense of sacrificing our humanity or environment. He is a member of the Monacan Nation and holds a BFA from the Rhode Island School of Design. He has guest lectured at the School of Visual Arts, Washington University, University of California Santa Barbara, and the Institute for Contemporary Art at Virginia Commonwealth University. His recent clients have been Glenn Kaino Studio, the Getty Museum, Studio Museum Harlem, Pulitzer Art Foundation, Phaidon Press, The New Museum, and the Cooper Hewitt Smithsonian Design Museum where his writing appears in Willi Smith: Street Couture. His most recent publication: Queering the Grid: Reading Codes in Dan Friedman’s Teachings (with Silas Munro) has led him to his current design writing research on Friedman’s 1994, Radical Manifesto, which will be approaching its thirty-year anniversary. He and his partner Michael live in Raleigh, North Carolina.