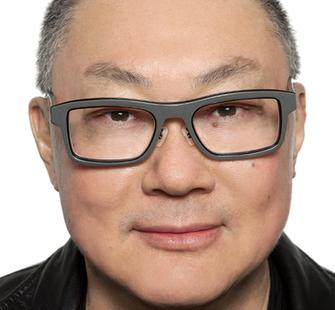 Bruce Yonemoto has developed a body of work which positions itself within the overlapping intersections of art and commerce, of the gallery world and the cinema screen. Many of his past works have focused on the fictionalization of Asian Americans as portrayed in Hollywood cinema. He has also created works, which juxtapose cultural material from different international communities such as the Japanese American and Nipo-Brasiliero communities. North South East West, a recent photographic series focuses on the erased history of American Civil War soldiers of Asian descent.

His recent work deals with the discovery of the real and poetic convergence between two phenomena specific to Argentina. It is the site of one of the few growing glaciers in the world as well as the last growing Lacanian psychoanalytic practice. Last year during a residency at the Tokyo Wonder Site, Bruce created an updated series of works using the tradtitional craft of kintsugi. Yonemoto has been honored with numerous awards and grants from the National Endowment for the Arts, the American Film Institute, The Rockefeller Foundation, and the Maya Deren Award for Experimental Film and Video. He and his brother, Norman, were the subject of a major mid-career survey exhibtion at the Japanese American National Museum in 1999. Bruce’s solo installations, photographs and sculptures have been featured in major one person shows at the St. Louis Museum of Art, the ICC in Tokyo, the ICA in Philadelphia, the Otis Art Institute and the Kemper Museum in Kansas City. He is had solo exhibitions at Alexander Gray Gallery, New York,, Tomio Koyama, Tokyo and his work was featured in Los Angeles 1955-85 at the Pompidou Center, Paris, and the Generali Foundation, Vienna, The Getty Research Center in LA, and is featured at the 2008 Gwangju Biennial, Korea. Bruce is Professor of Studio Art at the University of California, Irvine.