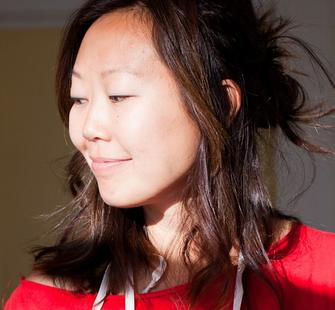 Christy
Chan is an interdisciplinary artist and filmmaker based in San Francisco
California.  She graduated with an M.A.
in Communications from Virginia Commonwealth University and was the recipient
of a 2012 Artist Residency at Kala Institute of Art and a 2011 Affiliate Artist
Space at Headlands Center for the Arts. Her videos, installations and live
storytelling events use humor to examine everyday moments of disconnection in
American culture. “Pen Pals,” her upcoming film, is based on childhood memories
of exchanging correspondence with the Ku Klux Klan.  Her work has been exhibited in film festivals, galleries and
public venues including the Moth, National Public Radio, Film Independent &
the Los Angeles Film Festival’s Shorts Series.