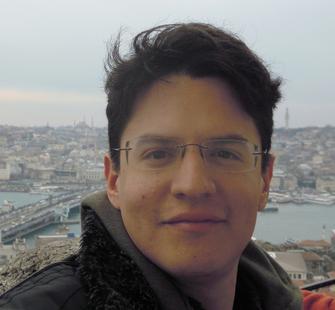 Studied Visual Arts at the National
School of Plastic Arts of the National Autonomous University of México. In
2011, he co-authored the book Multiple Media 3. In 2014, his work was presented
in a collective exhibition in Academus Garden: Art laboratories and education
in MUAC, Van Abbemuseum in the Netherlands and CCA in Glasgow. He was in the
Fellow Young Artists Program (2011-12) by the National Fund for Culture and the
Arts for his Tequio-Rolas project. In 2014, he studied at the Superior National
School of Fine Arts in Paris in the studio of Tania Bruguera.